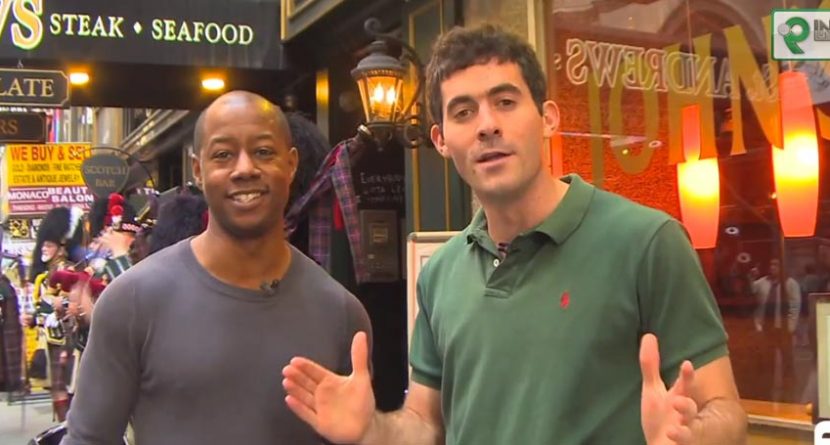 Charles Everett catches up with author and St. Andrews caddie Oliver Horovitz in New York City to talk about his Masters predictions and his experience playing Augusta National.

Everyone around me applauds. Several bang on tables. Others scream, “Montayyyyyyy!” at inappropriate volumes. Duncan Montgomery, a third-year student from Edinburgh, waves cheerfully from his seat.

It’s a warm Wednesday night in mid-May, and I’m near the end of my gap year in St. Andrews, Scotland. I’m at the weekly meeting for the University of St. Andrews golf team. True to British university form, the team is entirely student run (no adults, no coaches) and meets once a week, at a pub called the Gin House. It also contains, this year, twenty-five students with handicaps of 2 or better. Results are being announced now from the weekly club medal on the Old Course, from which team standings are determined. The winning student this week (“Montayyyyyy!”), currently necking a pint of Tennent’s lager, has casually shot a 5-under 67. Last weekend, facing a match against Clark University (visiting from the States), the club captain, a party animal from Northern England, showed up on the first tee at nine a.m., sleepless, disheveled, and still in a tuxedo from the night before. He rubbed his eyes, hit his opening drive 280 down the middle, and won his match 6 and 5.