Always a popular destination for everyone from leisure seekers to celebs since its opening as Doral Miami back in the 60’s, today the Trump National Doral Miami remains a top travel spot for golfer and pleasure seekers alike. 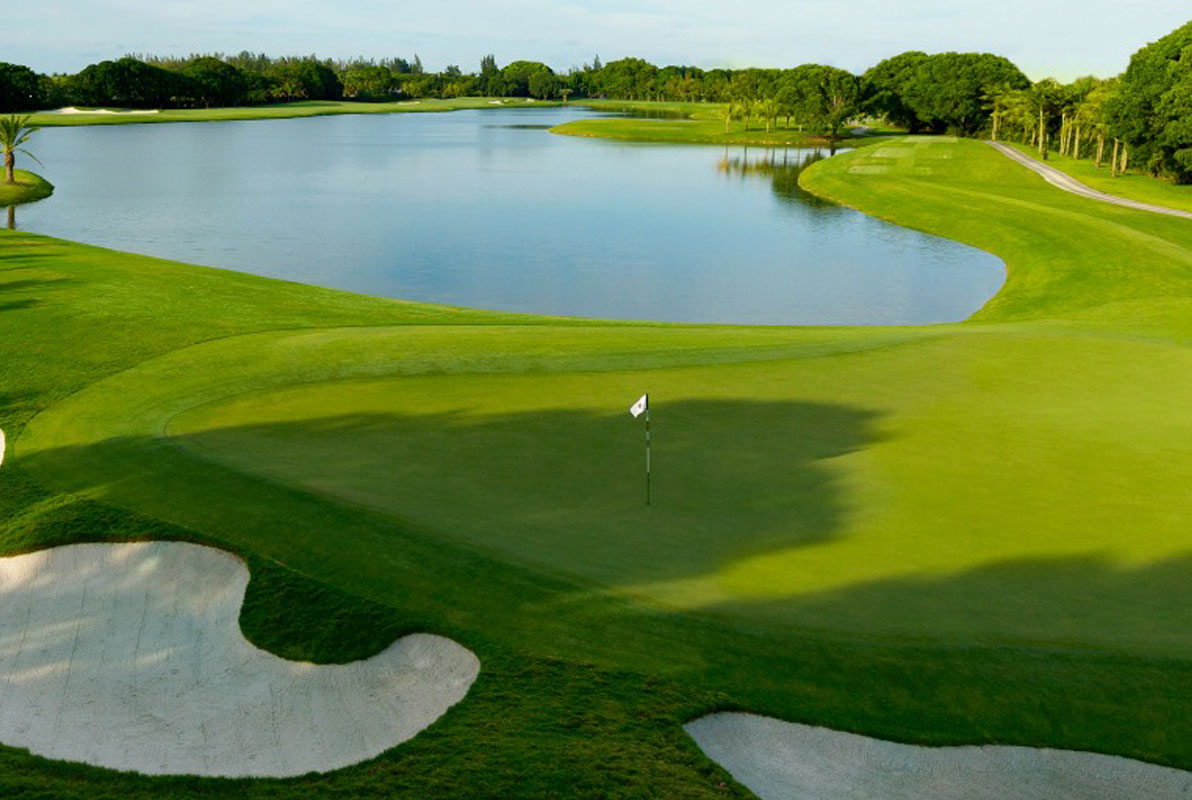 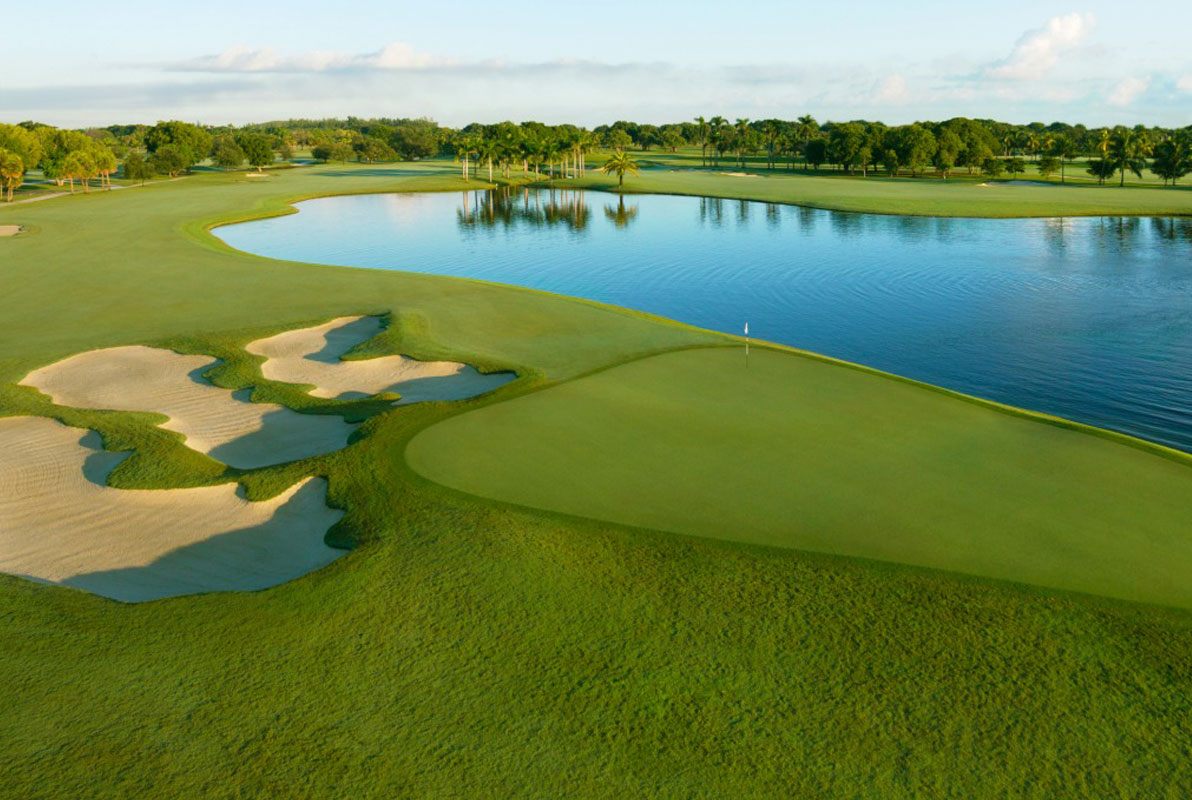 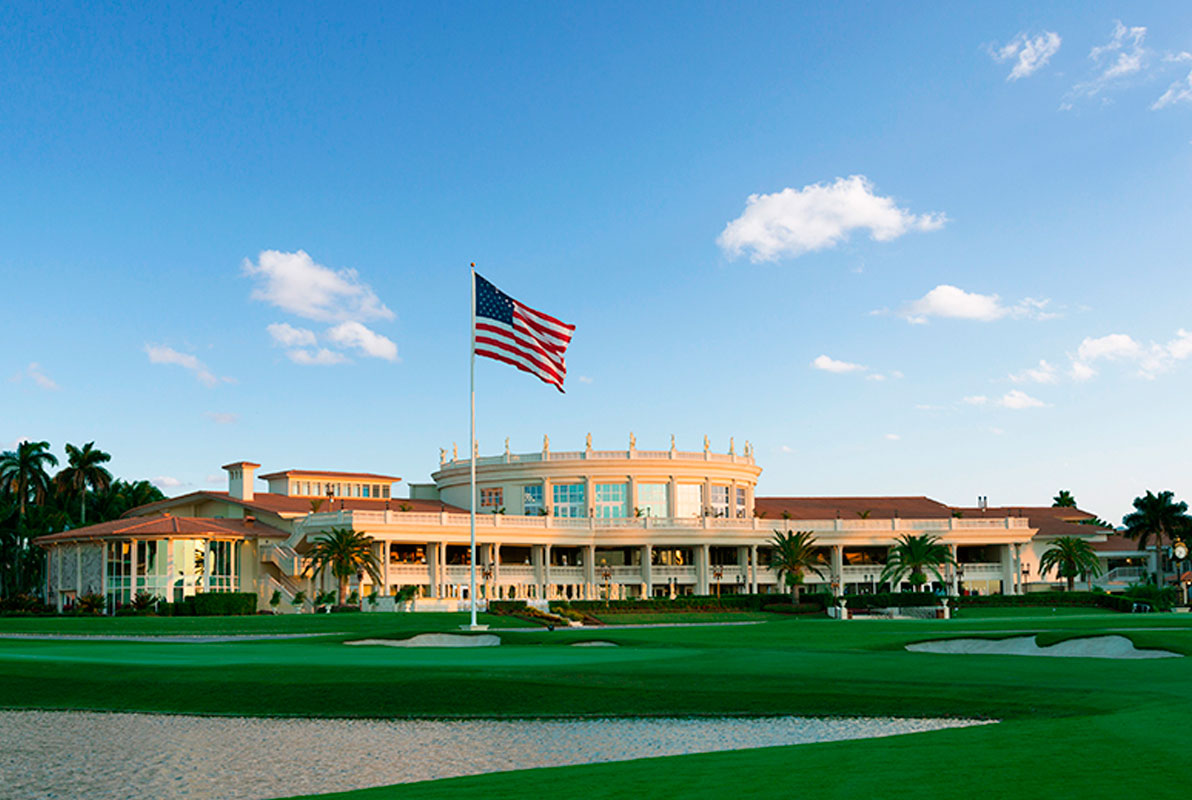 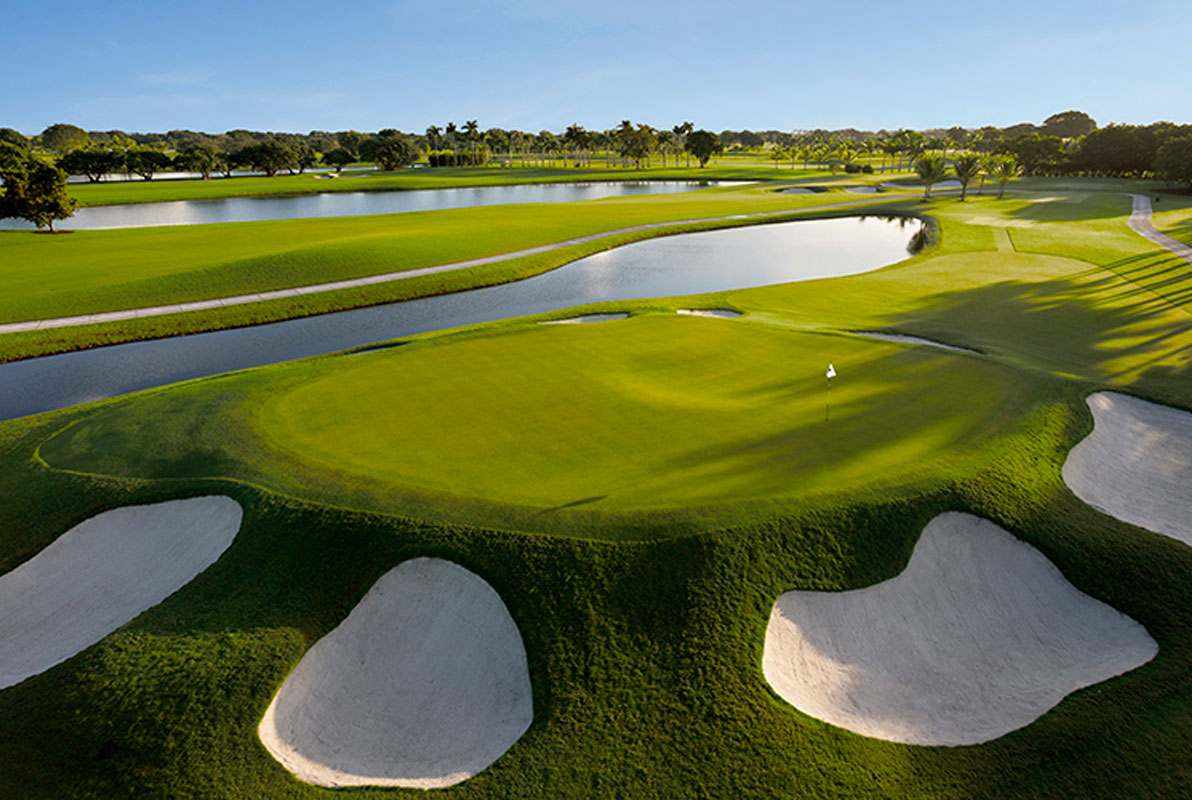 Purchased by the Trump organization back in 2012, the property has undergone an intensive $250 million renovation and redesign creating a sprawling 800-acre resort featuring more than 700 luxurious guest rooms and suites, a nearly 50,000 sq. ft. spa, fitness center, fine and casual dining, an outdoor pool oasis with cabanas and a 125-foot waterslide, tennis, and a redesigned clubhouse – all within a stone’s throw of all that the city of Miami has to offer.

YOUR CHOICE OF CHAMPIONSHIP COURSES

Golfers of all levels are undoubtedly drawn to the resort’s four incredible golf courses, including the famed Blue Monster which hosted PGA Tour and World Golf Championship events through 2016.

Blue Monster: Long regarded as one of the stiffest tests on the PGA Tour schedule, the Blue Monster underwent a Gil Hanse renovation in 2014. Today, the par-72, 7,590-yard course is long and features deep bunkers, long winding fairways, undulating greens, water hazards, and thick Bermuda rough. It is a track that not only requires length but delicacy to record a solid score. And come on, don’t you want to try your hand at the famed 18th?

The Golden Palm: Named after the trees found throughout the golf course, the par-71, 7,012-yard Golden Palm features a variety of narrow, tree-lined fairways, tricky bunkers, and contoured greens that will necessitate a confident putting stroke. Immaculately manicured and cared for, the Golden Palm is a strong but enjoyable championship caliber test for any player.

The Silver Fox: Better bring your A game when you tee it up at the par-71, 7,006-yard Silver Fox where water impacts play on 16 of 18 holes. Placing an even larger premium on well struck tee shots are the white sand bunkers ready to snatch up errant shots in landing areas and around the slick but true greens. The Silver Fox will test your game and your nerves.

The Red Tiger: Another Gil Hanse renovation project, the par-72, 6,395-yard Red Tiger has the flavor of a New England track with gently contoured fairways and small, undulating greens. While not long, the course will test your shot-making and decision-making skills

The resort offers a great Championship Golf Package that features: accommodations, breakfast, one round of golf per person, per night with an opportunity to upgrade to the new Blue Monster Course, complimentary greens fees for replay golf round on the Red Tiger, Golden Palm or Silver Fox Course, complimentary use of the state-of-the-art Practice Facility with LED lighting and unlimited range balls, and complimentary daily golf demonstration hosted by the award-winning Rick Smith Golf Performance Center.