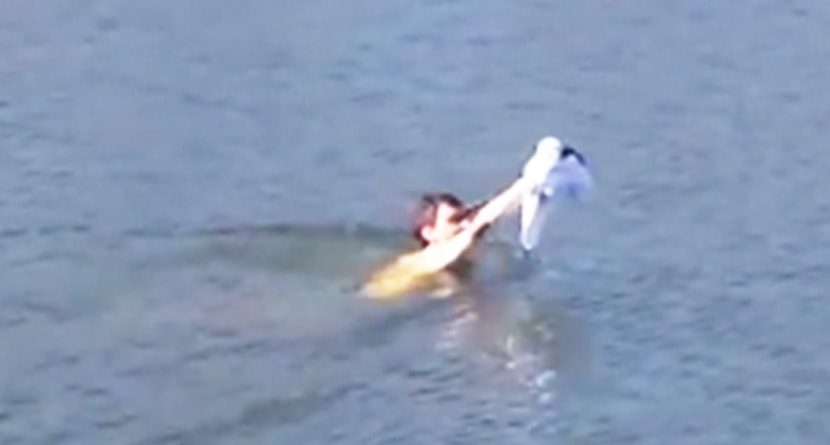 We’ve all hit shots that were so bad, they somehow manage to avoid even the trouble they were destined to find. The same can be said for Ferris State University club golfer Michael Madden who saw an off-line shot ricochet off of a cart path and come to rest on a small island off to the side of a hole he was playing.

Doing his part to help his team qualify for the National Collegiate Club Golf Association National Championship, Madden swam across the lake to the decorative island to try to play his next shot. As it turned out, his ball wasn’t the only one to find that small piece of land and there happened to be a pretty feisty landowner there.

“When I got to the island, I saw there was a big goose living there,” said Madden. “There were about 20 balls and I saw what looked like my ball behind her, but this goose looked really mean.”

Madden ended up carding a triple-bogey 7 and played the rest of the round sans underwear en route to an 81. His team, however, had better luck; they advanced to the NCCGA National Championship next week in West Virginia.