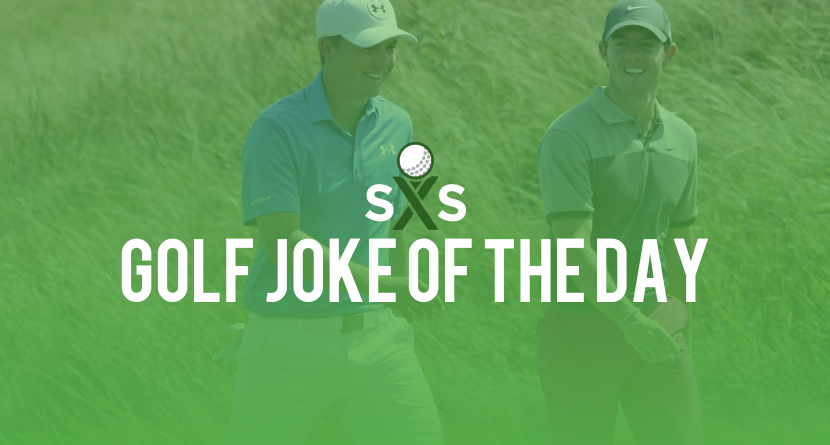 Two friends were playing golf when one pulled out a cigar, but he didn’t have a lighter. So, he asked his friend if he had one.

“I sure do,” he replied, and reached into his golf bag and pulled out a big 12-inch BIC lighter.

“Wow!” said his friend, “Where did you get that monster?”

“You have a genie?” the first guy asked.

“Yep, he’s right here in my golf bag.” He opened his golf bag and out popped a real genie.

The friend says, “I’m a good friend of your master, will you grant me a wish?” “Yes, I will,” the genie replies.

So the friend asks the genie for “a million bucks.”

“Done!” the genie replied as he hopped back into the golf bag and leaves the golfers standing there waiting for the “million bucks.”

Suddenly the sky begins to darken and a million ducks envelop the golfers.

“Hey,” yells the disappointed golfer. “I asked you genie for million bucks, not a million ducks.”

“Sorry,” the other golfer replied, “He’s hard of hearing. Besides, do you really think that I’d ask a genie for a 12-inch BIC?”