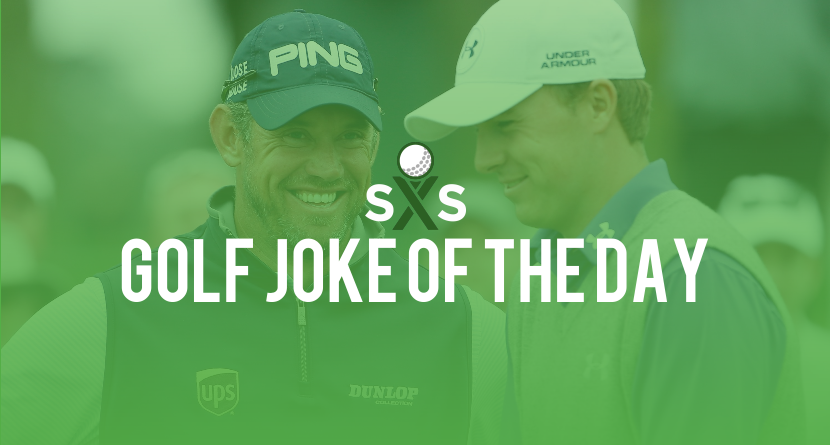 The worst (and wealthiest) member of Augusta approached Ben Crenshaw after the Masters Tournament.

He challenged him to a match – double or nothing the prize money he had just one. Crenshaw was hesitant, but hey, who doesn’t need more money?

To make it fair, he offered the guy any handicap he wanted. The member requested two gottchas. Crenshaw wasn’t sure what a “gottcha” was, but since the man was insistent, he agreed.

They went out to the first tee and the member took a swing at his ball and it sliced mightily.

Crenshaw teed up his ball, and just as he was getting ready to start his swing, the member came up behind Crenshaw, swung a driver hard between his legs and yelled, “GOTTCHA!”

Crenshaw squirmed in agony, fell to the floor clutching his groin with tears streaming down his face.

“That’s one gottcha gone” said his challenger. Crenshaw took quite a few minutes to compose himself again and played on.

At the end of the round, the people couldn’t believe that Crenshaw had lost.

His only comment was, “Ever play a round of golf waiting for the second ‘gottcha’?”