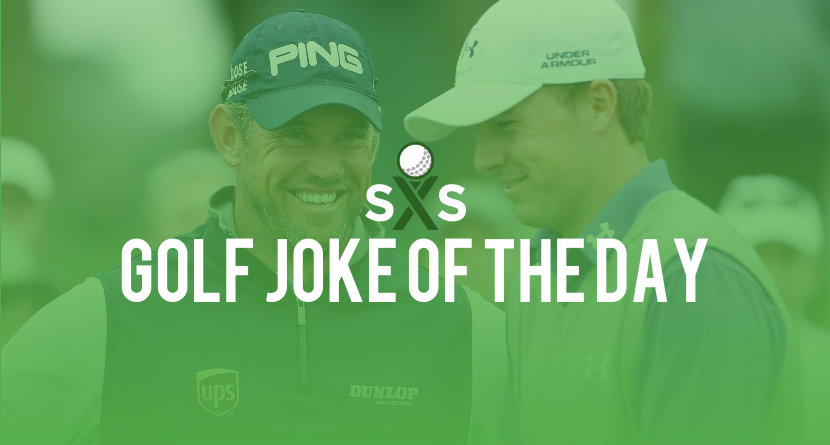 Sal was at the country club for his weekly round of golf. He began his round with an eagle on the first hole and a birdie on the second hole.

On the third hole, he had just made his first ever hole-in-one when his cell phone rang. It was a doctor notifying him that his wife had just been in an accident. She was in critical condition and in the ICU.

The man told the doctor to inform his wife where he was and that he’d be there as soon as possible. As he hung up, he realized he was leaving what was shaping up to be his best ever round of golf. He decided to get in a couple of more holes before heading to the hospital. He ended up playing all 18, finishing his round shooting a personal best 61, shattering the club record by five strokes and beating his previous best score by more than 10. He was jubilant.

The doctor glared at him and shouted, “You went ahead and finished your round, didn’t you? I hope you’re proud of yourself! While you were out for the past four hours enjoying yourself at the country club, your wife has been languishing in the ICU!”

The doctor continued. “It’s just as well you went ahead and finished that round because it will be more than likely your last! For the rest of her life, she will require around the clock care and you will be her caregiver! She will need IV’s, you will have to change her colostomy bag every three hours, she will have to be spoon fed three times a day and don’t forget you’ll have to bathe her!”

The man broke down and sobbed.

The doctor chuckled and said, “I’m just messing with you. She’s dead. What’d you shoot?”