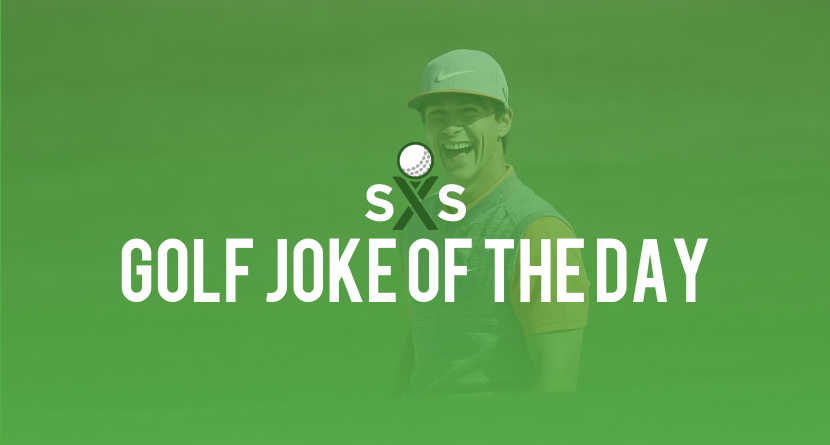 Sid and Barney headed out for a quick round of golf. Since they were short on time, they decided to play only nine holes.

Sid said to Barney, “Let’s say we make the time worth the while, at least for one of us, and spot $5 on the lowest score for the day.” Barney agrees and they enjoy a great game. After the 8th hole, Barney is ahead by 1

Barney agreed and they enjoyed a great game. After the 8th hole, Barney is ahead by one stroke, but cuts his ball into the rough on the 9th. “Help me find my ball; you look over there,” he says to Sid. After 5 minutes, neither has had any

After 5 minutes, neither has had any luck, and since a lost ball carries a two-stroke penalty, Barney pulled a ball from his pocket and tossed it to the ground.

“And a liar, too!” Sid says with amazement. “I’ll have you know I’ve been standing on your ball for the last five minutes!”