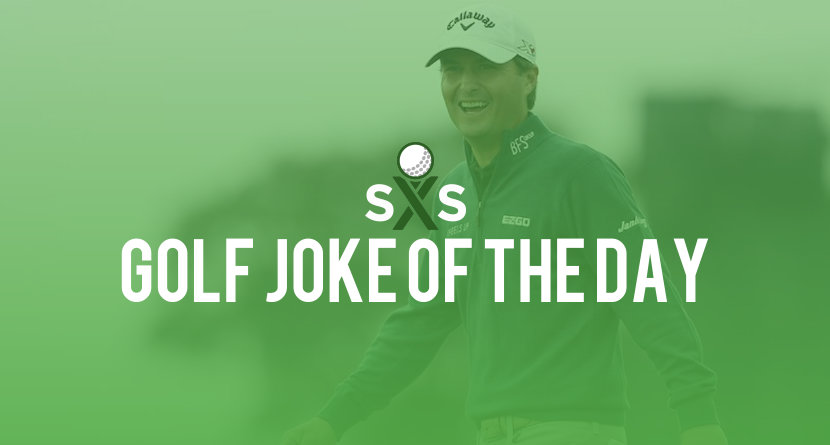 The customer and his wife holed out with four. Jim’s reaction was nothing too dramatic. He merely tore up his score card and ate it, broke three clubs and bent the remainder, jumped up and down on his golf cart and finally, shaking his fist at his wife, he strode off to the clubhouse.