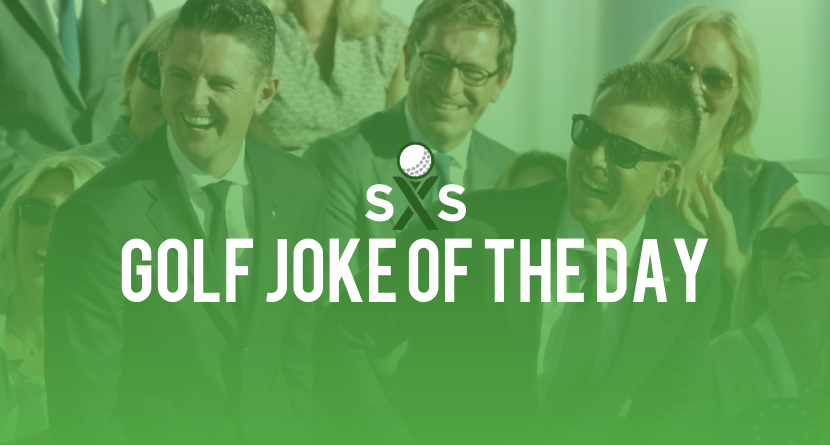 An American tourist was playing golf in Scotland when he came to a hole with a fast flowing river running down the side of the fairway. A young boy was sitting on the bank of the river, and the tourist hooked his drive, hitting the boy causing him to fall into the river. By the time the worried golfer arrived at the river bank, the boy was sinking into the deep water.

The tourist immediately jumped into the river, and after a real struggle, managed to bring the boy to dry land where he quickly revived him. He then brought the boy back to the clubhouse where he arranged for a taxi to take the boy home.

About an hour later, a man arrived at the clubhouse and asked the pro, “Could you tell me where the man is who saved my son?”

The pro replied, “He’s over in the hotel. Check with the receptionist.”

The man then went to the hotel and asked the receptionist, “Could you tell me where the man is who saved my son?”

“Yes, I’ll call his room and ask him to come down,” she saidy.

A few minutes later the American tourist came down. The man asked him, “Are you the man who saved my son?”

“Yes, I sure am,” the tourist said, expecting praise to be heaped upon him.

The Scot looked at him and said, “Would you happen to have his cap?”