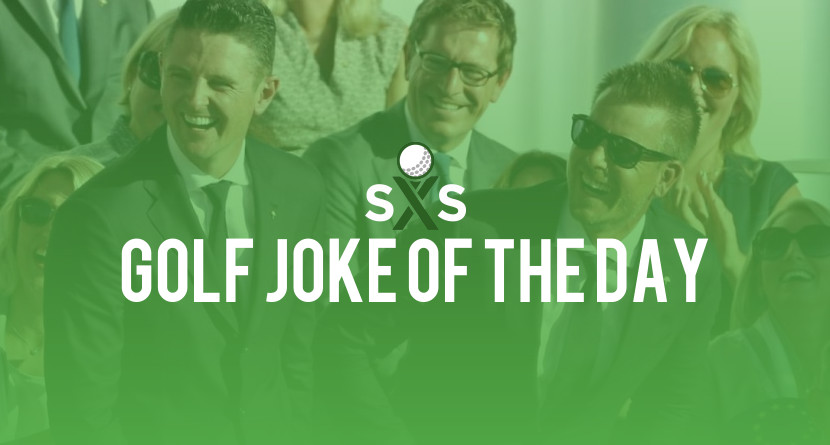 Tiger Woods, in need of a well-earned rest, flew off to Nepal, but like any golfer on holiday, he had to try the local links – a mountainous course situated high in the Himalayas. The club was delighted to welcome him but upset that they couldn’t provide a caddie as the Sherpas who usually caddied were on an Everest expedition. However, they assured him they could provide a yak who would serve very well instead.

“Sahib Woods,” assured the secretary, “this animal is of inestimable value, but you have to watch out for him as he does like to sit on golf balls. It is, however, no problem as you have merely to reach under him and remove the ball. The yak will then continue on with the caddying.”

Forewarned and only slightly perturbed, Tiger set out. Over the first eight holes, he had only had to remove the ball from beneath the sitting yak twice. Then, on the ninth hole, he had to drive the ball blind over a rocky outcrop. The yak took off after it and Tiger followed the yak. He caught up with it beyond the rocks. It was sitting in a water hazard – right up to its neck.

Tiger stripped down and dove into the icy water to rescue his ball. He groped around under the yak but could not feel a golf ball. He surfaced, took another deep breath and tried again. Still nothing.

Almost frozen, he tried once more, but with the same result. Finally, he gave up and frozen to the bone, made his way back to the clubhouse.

Tiger explained to the secretary how he had dived three times for his ball, but that the yak refused to move. He told the man how he couldn’t find his ball and was almost frozen to death in the process.

“That fricking yak is still sitting out there in the water hazard,” Tiger said.

“Oh! A thousand apologies, Mr. Woods,” the secretary said apologetically. “I forgot to tell you, the yak also likes to sit on fish; your ball was probably sitting in the fairway!”