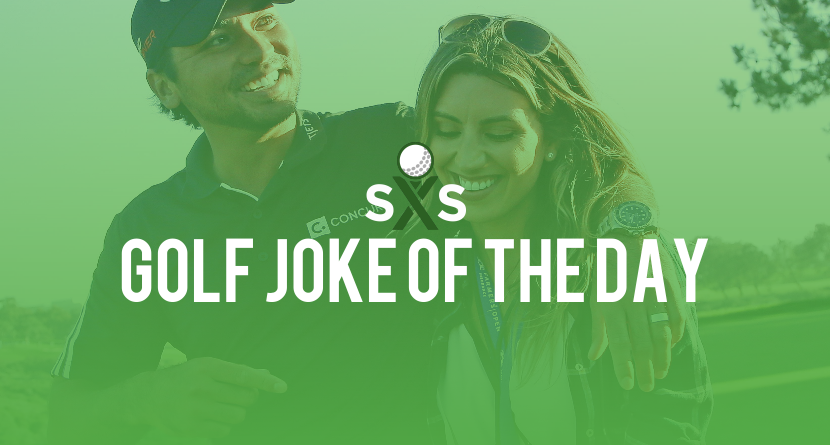 Two dim-witted golfers were teeing off on a foggy par-3. They could see the flag, but not the green. The first golfer hit his ball into the fog, and the second golfer does the same. They proceed to the green to try and find their balls.

One ball was about six feet from the cup while the other found its way into the cup for a hole-in-one. Both were playing the same type of ball, a TopFlite 2, and couldn’t determine which ball was which.

They decided to ask the golf pro to decide their fate.

After congratulating both golfers on their fine shots, the golf pro asked, “Which one of you used the orange one?”