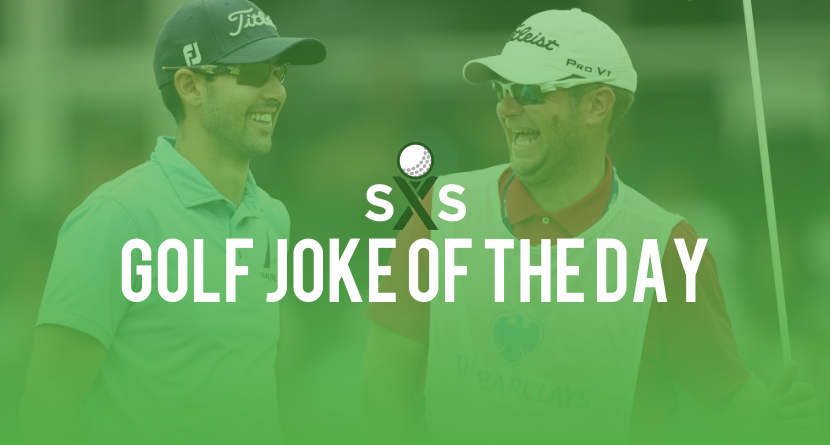 Sid and Barney went out for a quick round of golf. Since they were short on time, they decided to only play 9 holes.

Sid said to Barney, “Let’s say we make the time worth the while, at least for one of us, and bet $5 on the lowest score for the day.”

Barney agreed and they enjoyed a great game. After the 8th hole, Barney was ahead by a stroke, but cut his ball into the rough off of the 9th fairway.

“Help me find my ball. You look over there,” he said to Sid.

After five minutes, neither had any luck. Since a lost ball carried a penalty, Barney pulled a ball from his pocket and tossed it to the ground.

“I found my ball!” he announced triumphantly.

Sid looks at him forlornly. “After all the years we’ve been friends, you’d cheat me at golf for a measly five bucks?”

“What do you mean cheat? I found my ball sitting right here!” Barney protested.

“And a liar, too!” Sid says with amazement. “I’ll have you know I’ve been standing on your ball for the last five minutes!”