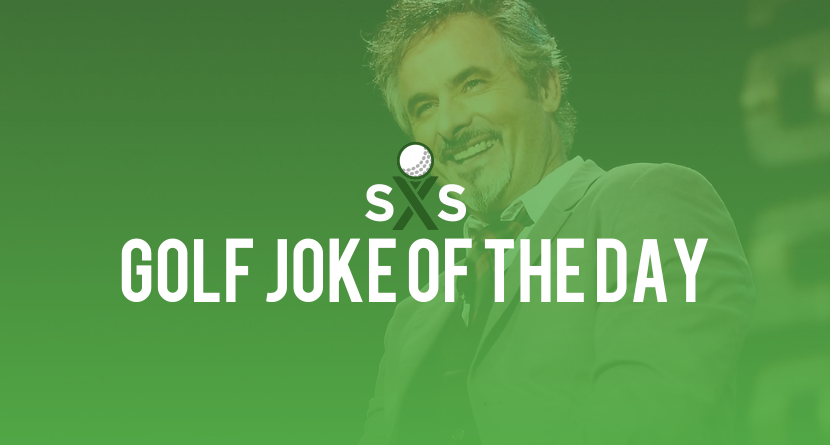 Bill really enjoyed playing golf. He could occasionally put up with taking in a round with his wife. One time, with his wife Sally along, he was having an extremely bad round.

On the 12th hole, Bill sliced a drive over by a groundskeeper’s shack. Although he did not have a clear shot to the green, his wife noticed that there were two doors in the shack and there was a possibility that, if both doors were opened, he might be able to hit through.Without hesitation, Bill instructed his wife to go around to the other side and open the far door.

Sure enough, this gave him a clear path to the green. He stepped up to his ball and prepared to hit. Sally had been standing by the far door, waiting for him to hit through. After a moment, she became curious and stuck her head in the doorway to see what he was doing. At that exact moment, Bill cracked a three-wood that hit his wife square in the forehead, killing her instantly.


Bill avoided golf for a year. However, he finally recovered, remarried and started playing golf with his new wife, Jill. Again, on hole 12, he sliced his drive towards the shack.

Jill said, “Honey, if I open the front and back door of that shed, I think you could play through.”