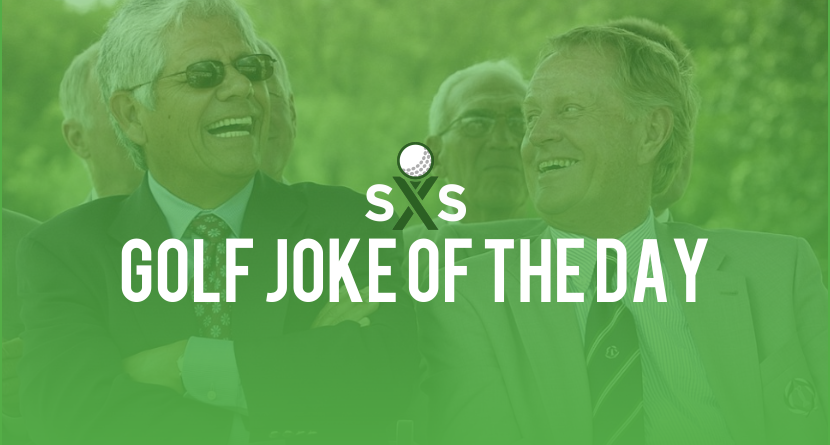 A deaf and mute man stepped up to tee off on the first hole of a golf course when a large burly guy yelled “Hey you! Nobody tees off ahead of Big Ralph.”

Being deaf, the poor guy continued to prepare for his shot. Ralph ran up thinking the deaf mute is being obstinate, and knocked the man to the ground, kicked his ball off of the tee, and prepared to hit his own shot.

After Ralph hit the ball and proceeded down the fairway after it, the mute got up, brushed himself off, waited a moment, and again prepared to hit his shot.

The deaf mute then hit a beautiful shot straight up the middle of the fairway, striking big Ralph in the back of the head, and knocking him unconscious. The mute then walked down the fairway, rolled big Ralph over and held up four fingers in front of Ralph’s face.