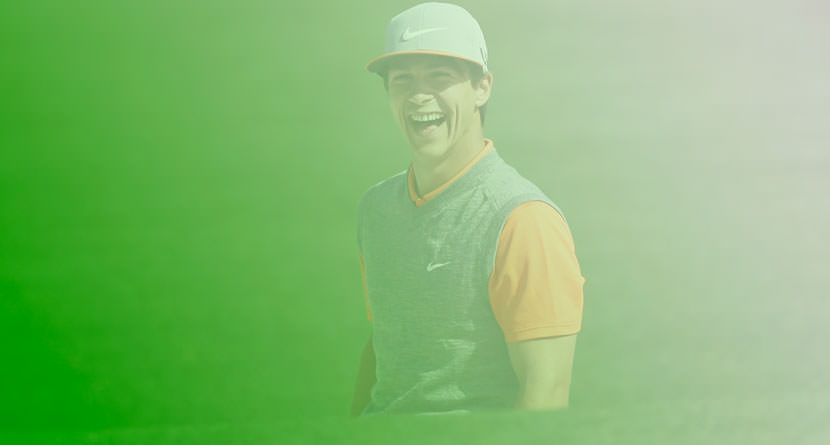 Big Earl addressed his ball. He took a magnificent swing. Somehow, however, something went wrong and a horrible slice resulted.

The ball went onto the adjoining fairway and hit a man full force. He dropped.

Earl and his partner ran up to the stricken victim who lay unconscious with the ball between his feet.


“Good heavens” exclaimed Earl. “What should I do?”

“Don’t move him,” said his playing partner. “If we leave him here, he becomes an immovable obstruction, and you can either play the ball as it lies or take a free drop.”