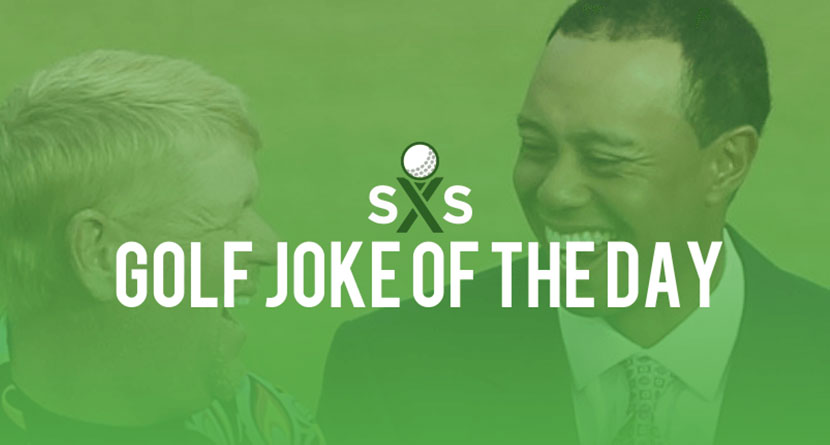 A land surveyor was tasked with mapping a golf course that was expanding from 9 holes to 18 holes. He needed a stout machete to clear thick brush as he went on.

Along the way, he came upon a golf club that an irate player must have hurled into the woods. It was in good condition, so he picked it up and continued on.

When he broke out of the brush onto a putting green, two golfers stared at him in awe. After all, he had a machete in one hand, a golf club in the other, and behind him was a clear-cut swath leading out of the woods.

“There,” said one of the golfers, “is a guy who really hates to lose a ball!”