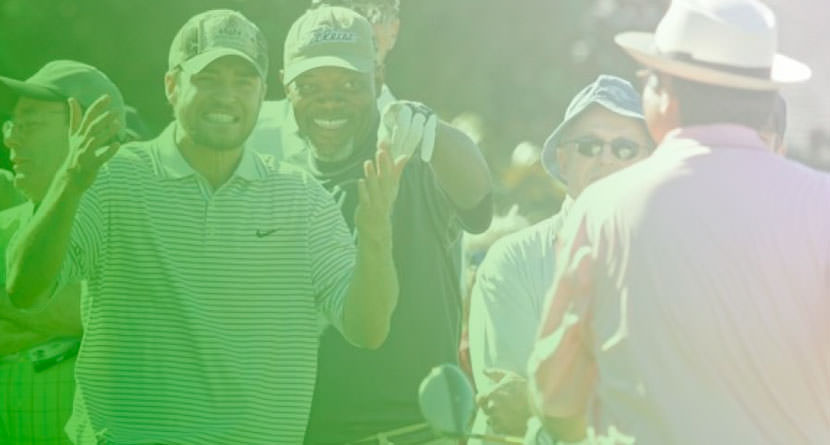 A rather good golf junkie who happened to be a priest was on the 18th hole and had about 230 yards left to the green.

He pulled out his 1-iron and started to swing at the ball. Suddenly, the clouds overhead let out a flash of lightning and a massive roll of thunder, shattering a tree some 300 yards to his right and rain began pouring down in a blinding sheet.

The distraction caused him to hook the shot badly out of bounds. He looked up, waved his 1-iron at the clouds, and began screaming and cursing God.


His caddie ran up, grabbed his club arm and yanked it down, yelling, “Are you crazy? You don’t wave a club around like that in a thunderstorm!”

The priest looked at his caddie and said, “Psh… Not even God can hit a 1-iron!”