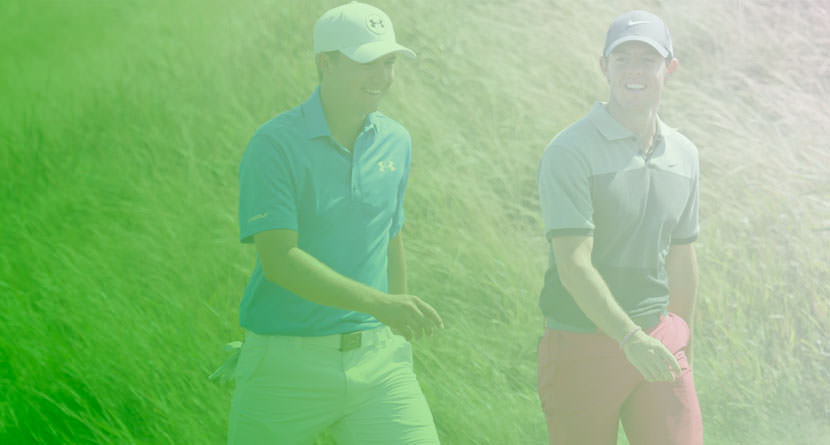 Two golfers were beginning an afternoon game. The first sent his ball down the fairway, but the second put his into the water hazard.

Too bad! You’re in the drink!” his partner shouted.

“No worries,” crowed the first as they approached the pond.

The first man watched in amazement as the ball surfaced with a little inflatable pontoon around it, sprouted a motor and propelled itself to the bank where its owner was standing. The appendages retracted into the ball as the owner scooped it up.

“That’s amazing!” cried the first golfer. “I’ve never seen anything like it.”

The man just smiled and prepared for his next shot, which went into the rough.

“Oh no! You’ll have a hard time finding your ball there!”

Before the second man could respond, he heard a whirring sound as a patch of grass was cut down smooth around the ball. He gawked as he saw a spinning blade disappear back into the top of the ball.

“Astounding! How can it do that?” demanded the first man, but the second man was already swinging, sending the ball way over the green and towards the tree line.

“It will be lost for good in those woods!” the first man gasped.

But just as the ball passed above the hole, a little parachute popped out of the top, and the ball fluttered right down onto the green.

“Wow, that’s unbelievable. Where can I get a ball like that?” the first man asked.

“I don’t know,” the second man shrugged. “I found this one.”