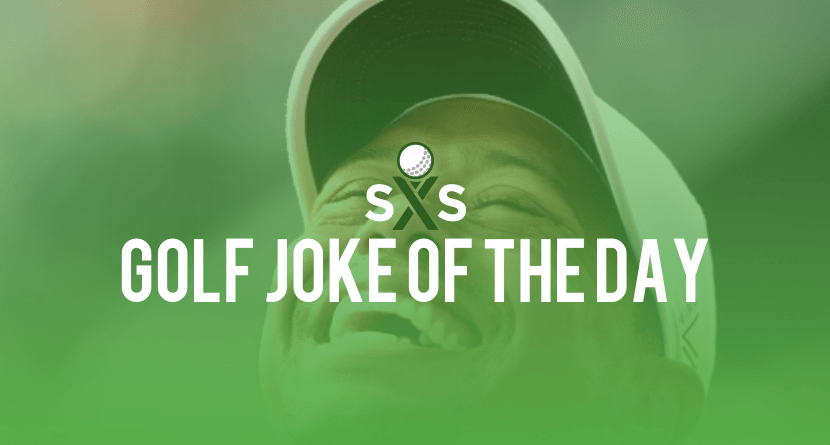 One windy day while playing in the finals of a a tournament, the guy was in contention, so he played every shot with utmost care and concentration. After all the scores were submitted, he was declared the winner of the tournament.


At around two in the morning, the wife jumps up and screams at her husband, who also gets startled and wakes up.

Golf Joke Of The Day: Tuesday, May 31st

Golf Joke Of The Day: Monday, May 30th

Golf Joke Of The Day: Sunday, May 29th

Golf Joke Of The Day: Saturday, May 28th

Golf Joke Of The Day: Friday, May 27th