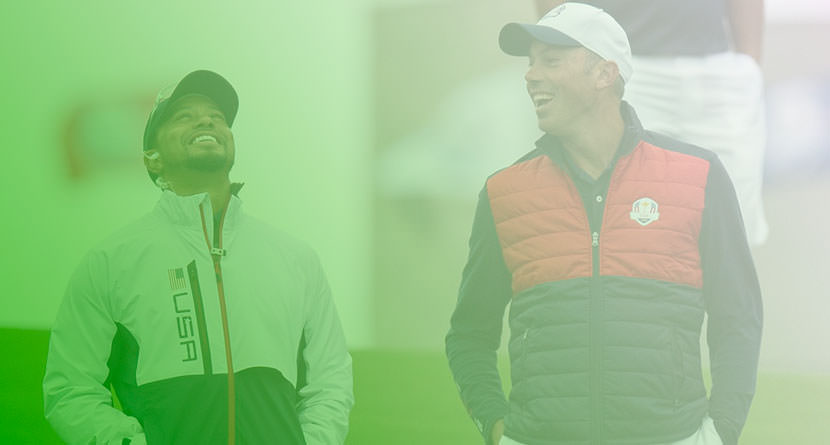 
Jim handed his wife an iron and told her to aim for the green. She sliced it with vigor into the deep rough at the side of the fairway. Two!