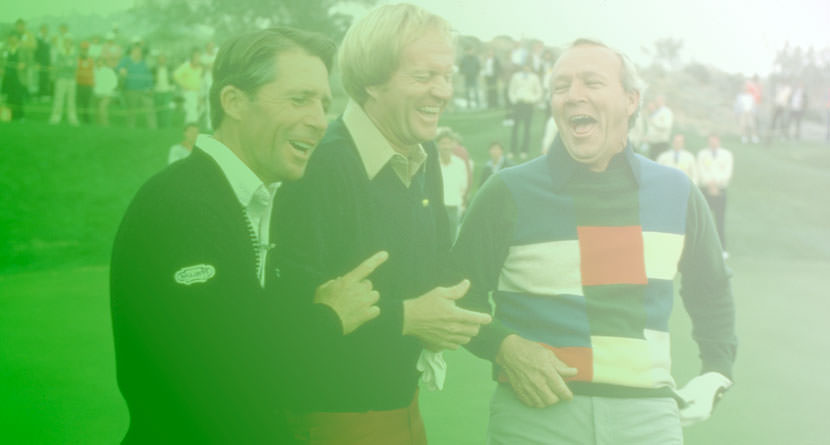 An avid golfer was playing the famous dogleg fourth hole at Killarney Golf Club in Ireland, and was just about to tee off when a voice said, “Hello there.”

He looked around and the voice said, “Down here.”

There at his feet was a little leprechaun, who said “How would you like to drive over those trees, land on the green and putt for 2, and furthermore, win every tournament you enter and become champion golfer of all Ireland?

The leprechaun responded, “There’s one condition. You have to remain celibate.”

The golfer agreed. 12 months later the golfer was playing the same hole at Killarney when he again heard the voice.

“Tell me,” said the leprechaun, “Did everything happen as I predicted?”

“And how to you find celibacy?” said the Leprechaun.

The golfer shook his head knowingly and said, “As parish priest, I don’t find it much trouble.”

We Learned Nothing From Happy Gilmore

To some golfers, the greatest handicap is the ability to add correctly.