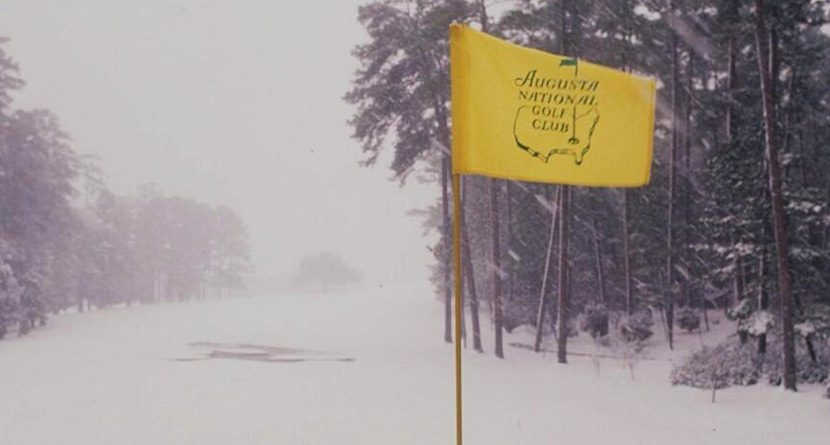 I’m not sure whether this winter seems more harsh than usual because I’m dying for major golf to return or because it has actually been a record-setting winter in most places. (To be honest, it’s probably a bit of both.) While all the major tours are already in action around the world and have kicked off their 2014 seasons, golf doesn’t ever really seem to be back until someone dons the green jacket in Augusta.

That, unfortunately, is still almost two months away. In fact, Augusta National is currently facing the wrath of Old Man Winter like the rest of us.

This is snow at Augusta -we got more! Golfdom will not open until at least noon. We will let you know if that changes pic.twitter.com/CkOc7VM0Ue

Actually, it seems like if you’re located north of Jacksonville, you’ve had your share of the white stuff this year. Almost every major venue for the 2014 season sure has:

@alroker @nbcnightlynews Here is one you most likely will not see again anytime soon. Pinehurst NC with snow. pic.twitter.com/slM3enCIuD

Another great snow photo, this one of the 10th hole at Valhalla, site of 2014 @PGAChampionship pic.twitter.com/um0j7VokbH

Fret not, folks. Temperatures in these places are going to climb into the 60s this weekend. I’m sure the azalea’s will still be bloomin’ by April 10th.