2016 Rio Olympic Golf Course On Track, But it’s Going to be Tight 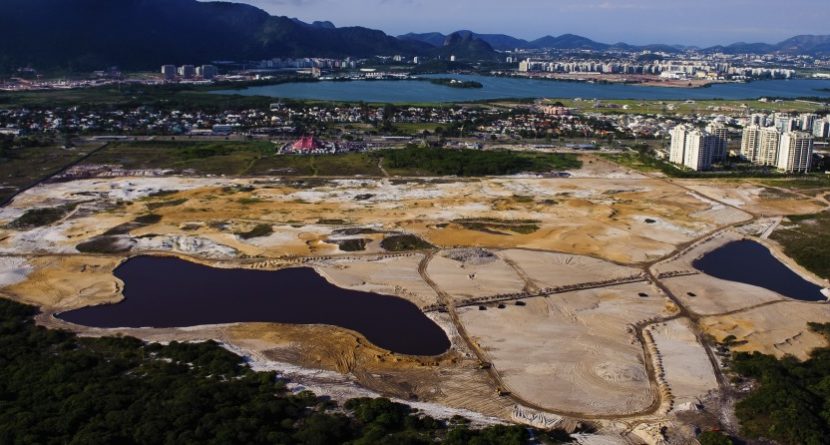 As the world prepares for the 2014 Winter Olympics in less than three weeks, golf fans are keeping an eye on the next Summer Olympics, the 2016 Rio Games, at which golf will make its much-anticipated return. Organizers obviously hope the golf course will be up to par, but its completion will be cutting it close.

CNN recently traveled down to Brazil to check on the progress of Reserva Marapendi Golf Course, which is being constructed in Rio de Janeiro’s Barra da Tijuca neighborhood, where most of the Olympic venues will be located. What it found, with little more than 30 months to go, is a golf course architect that needs to start seeing some grass on his course very soon.

Shane O’Donoghue spoke with noted designer Gil Hanse, who said he feels good right now about staying on his timeline for completion. But the next few months will be vital in staying the course.

“We’re kind of at a critical juncture in the construction, where we’re awaiting the irrigation materials to arrive from the United States,” Hanse said. “Hopefully the installation of those materials starts soon thereafter, early January, and if all goes well, we’ll have water flying sometime in March and we’ll start putting grass on the ground then.”

Twelve of the 18 holes are completely shaped, while four more are nearly done. The greens on those 16 holes are shaped and ready for sod. Hanse expects to clear out the land for the final two holes and have them shaped by February.

If that all goes as planned, the course will open in June 2015 and a test event will take place in August 2015, one year in advance of the Olympic tournament. But local and political issues have delayed Hanse up until this point, so nothing can be guaranteed.

“It’s been a little bit more difficult than we thought,” Hanse said.

Here’s a longer sit-down interview with Hanse, who also covers his inspiration for the course (Augusta National and Royal Melbourne) and how he plans to make it tough for the world’s most elite golfers, but also enjoyable for the average player who will get to play the public course after the Olympics:

Other Hot Links:
– TV Preview: Back9Network Original Programming
– Video: Ahmad Rashad Hassled By Random Guy On Driving Range
– Rory McIlroy Dishes on How He Proposed to Caroline Wozniacki
– Lance Armstrong Has His Handicap Down to a 9
– 9 Questions with Picabo Street