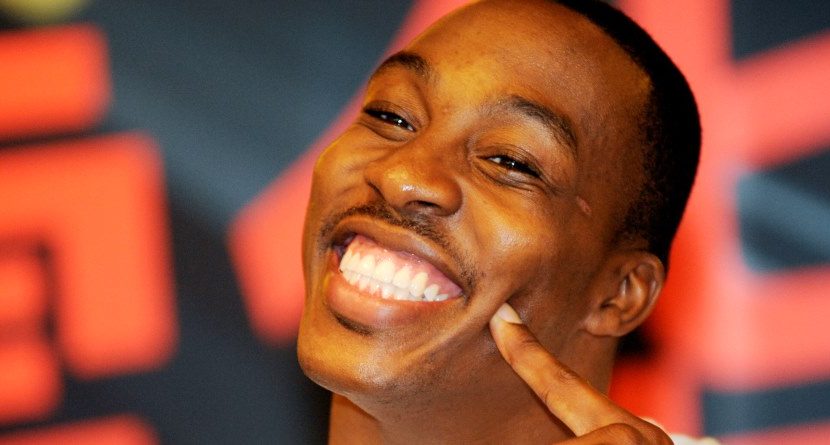 We’re guessing Dwight Howard didn’t read our list of golf courses last week to help him decide on a new NBA team. Because if he had, he’d still be in L.A.

Or maybe he did read the list? We did point out that Houston would be his best option for purely basketball reasons, and that’s where the big man decided to go. It would make sense that he chose the Rockets for basketball, figuring golf can be played anywhere.

Whatever his reason, congratulations to Howard. To help him get to know the Houston area, here are a few courses he can check out once he’s settled in:

1) Redstone Golf Club
This is the one we suggested last week, as the tournament course at Redstone hosts the PGA Tour’s Shell Houston Open in Humble, Texas, about 30 minutes north of the Toyota Center, Howard’s new office. Green fees run $175, which is chump change to Howard. 2) BlackHorse Golf Club
The club offers two courses, which were voted as being the second-most scenic in the Houston area in a 2010 poll by the Houston Chronicle. We overlooked the winner of that category (The Falls Golf Resort and Club) because it’s more than 90 minutes outside the city, while BlackHorse is just 30 minutes from downtown. That same survey named BlackHorse the most difficult and most overpriced, as well. We’re not sure of Howard’s handicap, so he may struggle with the difficulty, but the price ($99 for 18 holes on a weekend) won’t be an issue. 3) River Oaks Country Club
The aforementioned poll named River Oaks as the toughest private club to access, but we’re guessing someone will invite Houston’s new $88 million man for a round of golf. If Howard wants to get in a quick 9 or 18 before or after practice, this is his best bet – River Oaks is less than five miles from the Toyota Center. 4) Memorial Park Golf Course
Just on the other side of Buffalo Bayou from River Oaks is Memorial Park Golf Course. If Howard wants to be among the common people, this is the municipal course for him. The most expensive fees are $49 including a cart, so a nice gesture would be for Howard to cover the costs of his entire foursome – or every single person on the course when he arrives. 5) Champions Golf Club
Maybe the most historic golf in Houston is on the Cypress Course at Champions Golf Club. It hosted the 1967 Ryder Cup and the 1969 U.S. Open, as well as the PGA Tour Championship a few times. If Howard wants to play a course on which Tiger Woods has won, he can do that here. It sits 35 minutes away from the Toyota Center. Related Links: Courses to Help Howard | Back9 in 90: Holiday Catch-Up

Other Hot Links:
– #Newsworthy9: Hitting the Links
– Back9Network Mid-Season Golf Awards
– 5 Things You May Have Missed from the Weekend