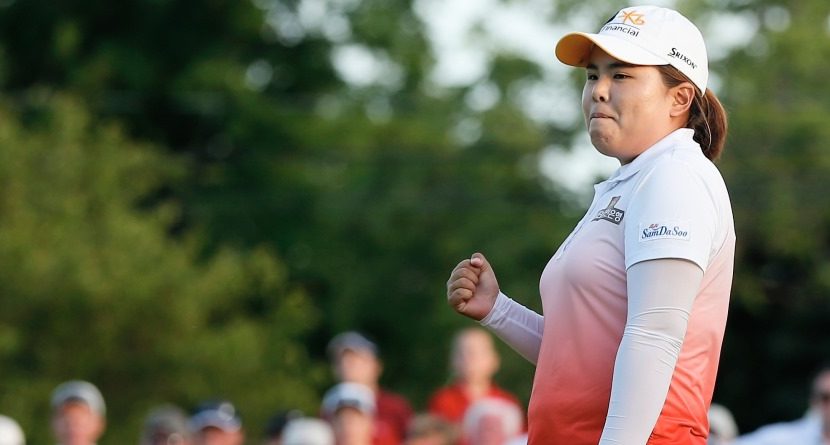 The oldest and most prestigious major tournament in women’s golf tees off Thursday, with the 68th U.S. Women’s Open taking over Sebonack Golf Club in Southampton, N.Y. It also offers the biggest purse in women’s golf at $3.25 million (tied with The Evian Championship, which debuts as the fifth major on the LPGA Tour this September).

Not into women’s golf? You should be. If there’s any tournament to tune into, this is the one. Here are five reasons why:

Inbee Park Is Better Than Tiger Woods
Yep, we said it. Park is the best golfer in the world right now because she’s already won the first two majors this year (Kraft Nabisco Championship and LPGA Championship), and is the hands-down favorite to claim a third. Should the 24-year-old South Korean collect her second career U.S. Open, she’d become the first woman since Pat Bradley in 1986 to take three majors in a year. No woman has ever won four in a year, and considering the LPGA Tour now recognizes five majors, Park could go down as the greatest women’s golfer of all time by the end of 2013. The last queen of golf was Annika Sorenstam, who was also the last female to win a season’s first two majors; she did so in 2005, but then bombed at the U.S. Open.

Stacy Lewis & The Americans
As great as Park is, this is the national championship of the United States after all. So pull for one of the Americans to stall Park on her journey to greatness. Stacy Lewis was the world No. 1 earlier this year before Park parked herself there, but the Arkansas grad now sits at No. 2. She has the best shot at derailing Park, but also keep an eye on Cristie Kerr, ranked No. 11. Those are the only two Americans ranked in the top 11, as opposed to four South Koreans. Lydia Ko Can Play
Another up-and-coming Korean-born star is 16-year-old Lydia Ko, but she actually represents New Zealand. That’s where her family moved once they realized her golf potential. Her parents’ premonition was spot on; she’s still an amateur (the world’s best) but ranked 16th in the world and last year became the youngest player to ever win an LPGA Tour event, as she took the Canadian Women’s Open title. Korda Sisters Can Too
Fourteen teenagers qualified for the U.S. Women’s Open, the youngest of which is 14-year-old Nelly Korda out of Bradenton, Fla. She shot 3-under over two rounds at a sectional qualifier in West Palm Beach, Fla., earning her first U.S. Women’s Open berth one year sooner than her older sister, Jessica, 20. This marks the sixth Open for Jessica, who’s exempt this year after winning the 2012 Women’s Australian Open. The girls are the daughters of Petr Korda, the former pro tennis player who won the 1998 Australian Open. Check Out The Sebonack Golf Club
This U.S. Women’s Open will be the first United States Golf Association championship to be played at Sebonack, which opened in 2006 and will set up at 6,821 yards and a par of 72. Designed by Jack Nicklaus and Tom Doak, the course has earned rave reviews – especially for its views – since inception. Numerous holes overlook Long Island’s Great Peconic Bay. The water is northwest of the course; to the east is National Golf Links of America, the prestigious links-style course, and south of that is Shinnecock Hills Golf Course, a four-time men’s U.S. Open host.