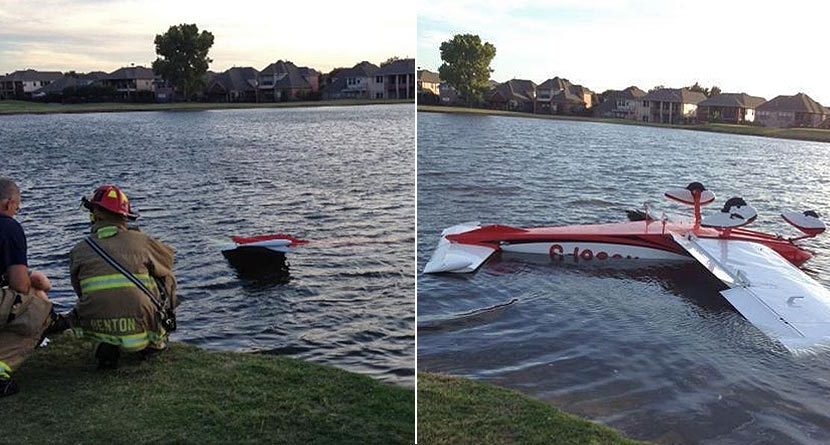 For some reason, landing airplanes on golf courses has become a popular thing to do. Back in June, a pilot turned Torrey Pines into a runway, successfully making an emergency landing in the fairway. Just a week later, another pilot landed his plane on the course at the Omni Interlocken Resort Golf Club.

On Monday, we had a third occurrence, however this one wasn’t as successful. According to NBCDFW.com, a small passenger plane made an emergency landing at Prestonwood Country Club in North Dallas, and ended up upside down in a pond after running through the fairway.

Thankfully, no injuries were reported. The pilot managed to hop out of the plane before it found the drink, becoming nearly submerged in the pond.

It’s never a good thing to find a water hazard, never mind with your airplane. That’ll cost the pilot more than just a couple bucks for a Pro V1.