Augusta National: Play By The Rules 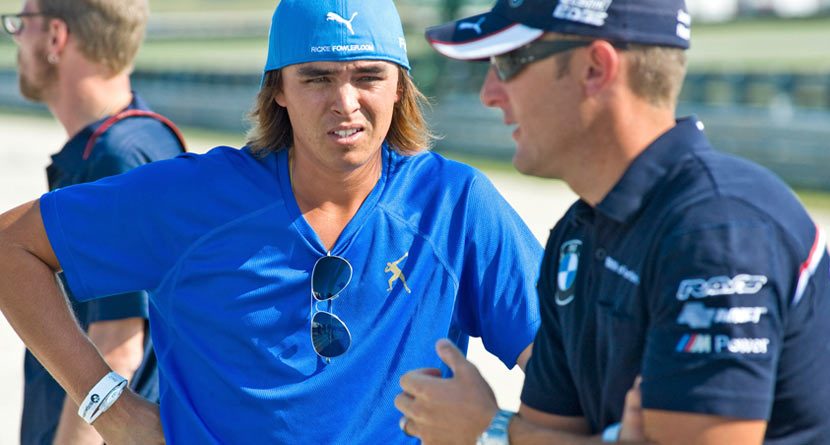 There’s no other golf tournament that gets the same amount of attention as the Masters does. Over the years there have been epic moments but also a fair share of the shakes and chokes. That’s what makes the Masters so great though, right?

While most of us are peeled to the television next weekend, some of you lucky “patrons” will be in attendance. Take a look at some of these unwritten rules around Augusta National so you don’t end up choking on that hot dog as you’re getting escorted out by security.

Can I Speak To Someone In Membership, Please? Let me save you some time here. Don’t bother looking for the front desk and asking where it is. You have to be invited from a current member of Augusta National to be considered for membership. It will cost you a pretty penny as well. It’s pretty cheap to stuff your face at the Masters. This may be the one sporting event where you won’t look at your bank statement and wonder if you bought shots for everyone. But hey, that Michelob Ultra you snag as you take a seat at “Amen Corner” is no gimmick. If you’re adding food to your order at the concession stand, little do you know that the wrapper will be green. Not because they’re just economically friendly but because they don’t want any trash showing up on the course. That’s what you call, “Going Green.” If you’re going to the Masters, you and the others around you are actually “patrons.” We all may be “fans” but when you’re in attendance, that’s not how the ball rolls. What’s the difference? When you’re lucky enough to go to the tournament, they see you as a valued customer. I guess if you’re throwing some money around to go to Augusta, you might as well think highly of your patron self. Augusta National doesn’t allow any tips. Being a former server at a private country club myself, I just can’t seem to wrap my head around this one. However, the thought behind it is that no member should be seen as a “better” person because of how much he or she tips.

Don’t Take Off Your Shoes This isn’t the beach and you can’t feel the goodness between your toes. These grounds are pretty special and no one wants to see your Lotrimin Ultra feet. Hey Rory McIlroy, make sure your girlfriend Caroline Wozniacki gets the memo. This became a big deal a couple years ago when Rickie Fowler showed up to a press conference following his round with his hat backwards. There are just some things you can’t get away with at Augusta that you can at other tournaments. Brims forward! There’s no “running” anywhere on Augusta’s grounds. When those gates open, make sure you aren’t taking any more strides than the power-walk allows. You aren’t at the Kentucky derby, folks. There’s no money bet on who gets the best spot on the first tee. Even though the PGA Tour has decided to allow cell phones on the course the last few years, the Masters still won’t permit them. And I wouldn’t try sneaking in your mobile device because that would be one of your longest walks of shame. Plus you would lose your spot on the course. Don’t worry though, the course is one of the few locations in the country to still have payphones. Does that remind of you Alan Garner from ‘The Hangover’?