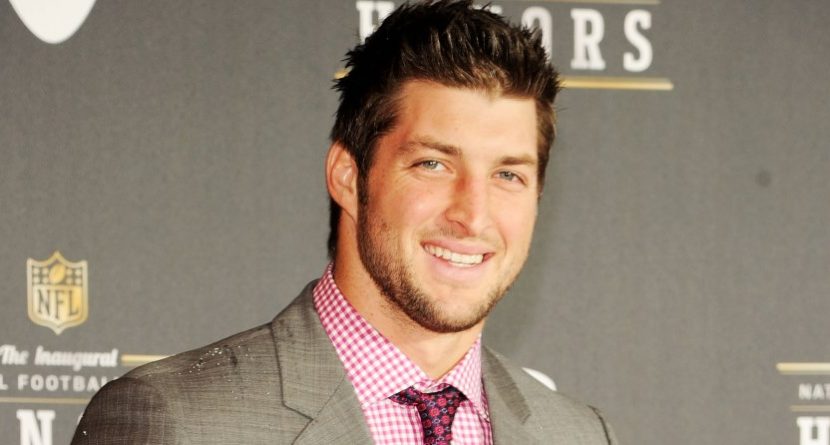 As much as it pains us to admit, Tim Tebow’s NFL days may be over. The legendary/underperforming quarterback was cut last weekend by the New England Patriots, and nary a team tried to claim him on waivers.

Technically, the Montreal Alouettes hold Tebow’s CFL rights. But they could get some interesting offers from one of the league’s seven other teams should the quarterback make his services available north of the border.

We know Tebow likes to golf, so here’s our advice on picking a CFL team by taking into account the country’s finest courses:

Montreal Alouettes
Should Tebow stick with Montreal, the best course he’s going to find in the area is at the Royal Montreal Golf Club, which sits about 40 minutes west of Percival Molson Stadium in Ile Bizard, Quebec. The club, founded in 1873, claims to be the oldest in North America and boasts three courses. The blue one receives all the rave reviews: No. 18 on Golf Digest’s most recent list of best Canadian courses, and No. 8 on Golfweek’s rundown of best Canadian classics (courses built before 1960). But the red course isn’t too shabby either. Calgary Stampeders
From a football standpoint, Tebow couldn’t go wrong in Calgary, where the Stampeders are currently 7-2, one game behind the Saskatchewan Roughriders. And he could make the 90-minute drive from the city up into the Canadian Rocky Mountains and play the gem that is Banff Springs. Designed by Stanley Thompson, “Canada’s master golf course architect,” the course opened in 1928 and runs along the Bow River.

Toronto Argonauts
But then there’s the Argonauts, who are like the Yankees of the CFL. They’re the defending Grey Cup champions and own more titles (16) than any other franchise. And they might have the best access to stellar golf. First, there’s the National Golf Club of Canada in Woodbridge, Ontario, about 30 minutes north the Rogers Centre; that course took top honors in Golf Digest’s best Canadian courses compilation. Then there’s the St. George’s Golf and Country Club in Etobicoke – 20 minutes west and No. 2 among Golfweek’s Canadian Classics; it hosted the 2010 Canadian Open. And finally, there’s Glen Abbey Golf Club in Oakville, which is 25 minutes down the coast and home to the Royal Canadian Golf Association and Canadian Golf Hall of Fame. In July it hosted its 25th Canadian Open, the most of any course.

British Columbia Lions
It’s tough to top the golf around the Toronto area, but Vancouver out west comes close. The BC Lions play in Surrey, which is just outside of Vancouver, which boasts Shaughnessy Golf and Country Club, which most recently held the Canadian Open in 2011. The course ranks sixth in Canada according to Golf Digest. Even nicer for Tebow, though, might be Capilano Golf and Country Club in West Vancouver. That’s another Stanley Thompson beauty, fourth among Golfweek’s classics.

Hamilton Tiger-Cats
Just so Tebow covers all his options, he should also check out Hamilton. The Tiger-Cats are only an hour from Toronto, so he could still get on all those fine courses. And the city is right on the corner of Lake Ontario, which puts it only an hour away from Buffalo, N.Y., as well. Keep in mind, the Bills might need a new QB before the season’s over. As for golf in Hamilton, the Hamilton Golf and Country Club is where it’s at – Golf Digest’s No. 4 Canadian course and host of the 2012 Canadian Open. The Verdict: Toronto. The legendary team and exquisite golf make it no-brainer for Tebow.

Related Links: Best NFL Golf Pairings | Golfers Who Could Make It In NFL