Donald Trump vs. Snails: The Battle Rages On… Slowly 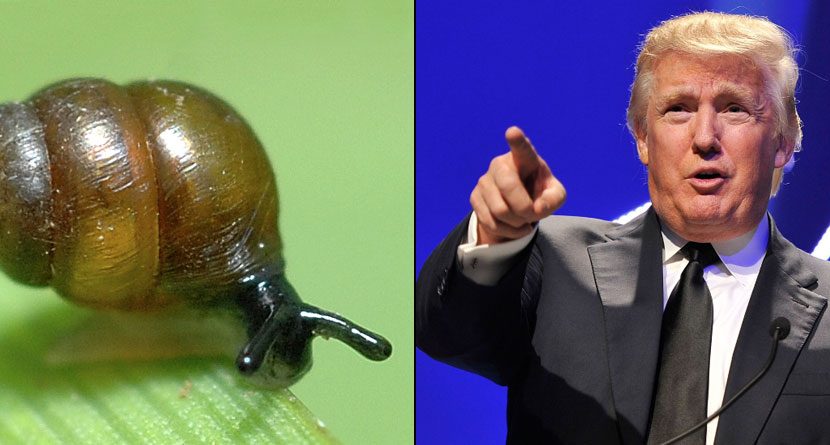 According to IrishCentral.com, The Donald purchased the property in February for $20.4 million and hopes to rename the resort Trump International Hotel and Golf Links. However, his renovation plans have hit yet another snag. As it turns out, the property surrounding Doonberg is a colony for an extremely rare and endangered species of snail.

Known as the whorl snail, this little fella is protected by the Irish government due to its endangered designation. That means Mr. Trump and his army of construction-type people can’t touch the snails, nor can they destroy their natural habitat.

So what happens when snails throw a wrench in your construction plans? Why, you sue the shells off of them! That’s what!

As the article suggests, Trump’s legal team is prepared to drop the proverbial lawsuit hammer on anyone and any thing that obstructs their client’s business progress, claiming a potential “loss of income” due to preventing efforts “vital to the survival of the business.”

Such are the trials and tribulations of the lowly whorl snail. Theirs is a history smattered with unfortunate events and discrimination, to which Donald Trump’s lawsuit would only contribute.