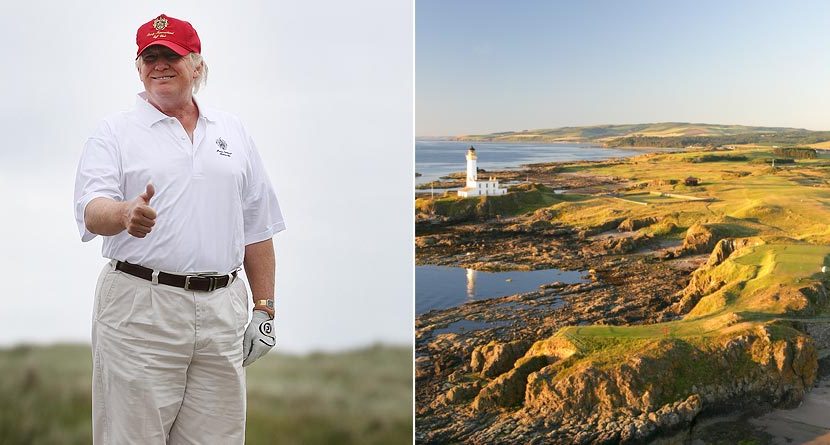 When it comes to polarizing figures in the game of golf, Donald Trump is up there. This past year is a perfect reason why. Earlier in the year, he purchased a pair of courses: Doonbeg Golf Club and formerly-named Turnberry Resort.

He came out and said he agrees with the notion that he owns the “greatest collection of golf courses,” while also ripping Pinehurst No. 2’s “horrible” look for the U.S. Open. It seems like every week there’s a new story about Trump modifying, buying, criticizing, or praising a course somewhere, with this week being no different.

In addition to changing the layout of the hole, Trump will supposedly turn the lighthouse into a “comfort station,” to make it the “the greatest half-way house in the world.” It’s hard to argue that statement because after all, it is one of the most recognizable on-course monuments in golf. The changes to the course won’t begin until 2015, but are expected to be completed by 2020.