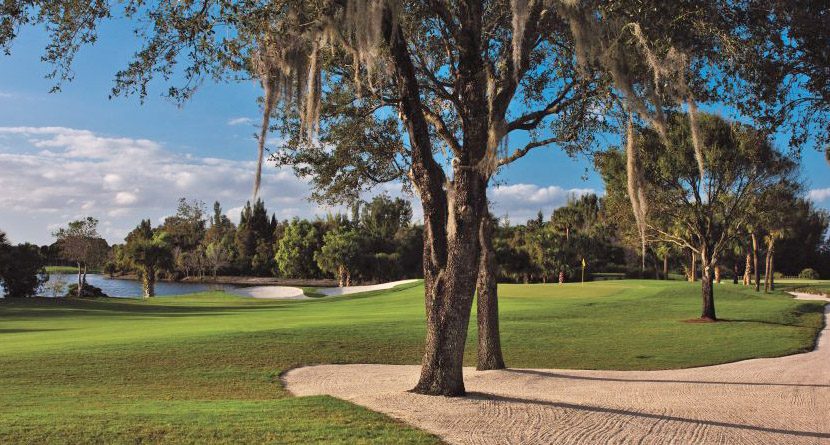 After playing nearly 1,200 golf courses in the last 33 years, the last six as a course rater for Golfweek, I’ve gotten to see the best there is to offer in the United States and Canada. Major championship venues, PGA Tour stops and courses built in three different centuries by all the design masters have made my itinerary at one time or another.

It is an embarrassment of riches but sometimes it feels like I’m a judge at the Miss Universe contest.  After a while it becomes difficult to differentiate the level of greatness and beauty.

Recently I had the distinct privilege of playing Emerald Dunes Golf Club in West Palm Beach, Fla., and I have to say in this case it wasn’t difficult at all to recognize that Emerald Dunes was clearly up there with the very best.

Opened in 1990 as a public-access course, this Tom Fazio design quickly became a favorite of local and visiting South Florida golfers. Emerald Dunes stood out immediately even amongst the crowded golf market in the Palm Beach area. In 2005 Frank Chirkinian, long time producer of PGA Tour telecasts for CBS Sports bought the property with some partners and turned it into a private club. Famously brusque and direct, Chirkinian, who died in 2011, was fondly referred to by those he worked with as The Ayatollah. He was posthumously inducted into the World Golf Hall of Fame shortly after his death. His locker at Emerald Dunes is still maintained and untouched since his passing.

The Chirkinian group had sold Emerald Dunes prior to his death to local real estate lawyer Steve Rubin who promptly set about on a $15 million improvement project. He persuaded Fazio to come out of retirement to lead the effort on the golf facilities. New championship back tees have been added, other tees were expanded and redesigned, fairways were widened on several holes, some new greens were created and others reshaped, bunkers were added to increase their number to more than 100, two holes were reconfigured and a new irrigation system was installed.

“Emerald Dunes has always been one of my favorite courses and I was pleased to be invited back to make some strategic enhancements to one of the most highly regarded clubs in Florida,” Fazio said. “Emerald Dunes is truly a gem and with the recent improvements it’s an even more dazzling jewel. Although it’s hard to imagine, we’ve upgraded the quality of the overall golf experience by ten-fold.”

“Tom Fazio took the gem of his original design and perfected it,” stated Executive Vice President Ken Green.  “We’ve created a sanctuary for golfers who appreciate a pure golf experience that’s challenging yet fun to play on a daily basis.  While we’ve added length for scratch golfers, the course remains playable for all skill levels.  And the new world-class Tom Fazio Short Game Area, along with the two-bay indoor Golf Learning Center, generously complements the club’s variety of practice facilities and game improvement amenities that rival any in Florida, if not the nation.”

“With the new short-game area, we added more green space,” stated Fazio. “We’ve mimicked anything you will encounter on the course here.  Practice is an integral part of the game and this is a spectacular amenity that allows golfers to tune-up their short game.”

Attractive landscaping also was a priority and an astonishing 2,000 towering mature palms and trees were planted around the course’s perimeter to screen any visible outside architecture and to serve as privacy buffers. It gives a true sanctuary type feel.  A noteworthy aesthetic improvement was the replacement of old paved cart paths with crushed shell paths and pavers that seamlessly complement the overall natural look and feel of the golf environment. It is such a step up to eliminate the hideous paved cart paths that just besmirch a golf course.

Emerald Dunes is one of those total experience places. From the moment you drive up to the drop area where you’re met by attentive-but-not-overbearing attendants, to the cart staff to the pro shop headed by former PGA Tour pro Lee Rinker, to the food and beverage area; it is mellow and relaxed. Rightfully so, no one feels the need to try to impress since the facilities do it for them.

I must admit that I am a Tom Fazio design fan. For me he masterfully combines aesthetics with visual variety to different challenges that ask a lot of the golfer without beating them down constantly. Fazio always gives room off the tee and a place to hit the ball on approaches that don’t penalize completely. His green complexes are endlessly fascinating. His different slopes, runoffs and grading from the bunkers always bring some surprises without being gratuitous and out of place. Whatever he does with his greens always seems to fit the hole. Golf is supposed to be a pleasure and I have never played one of his courses without ultimately enjoying the hell out of it.

Emerald Dunes Golf Club fits that description in the definitive manner. This is one of his finest. I don’t know what more anyone could ask from a golf experience.