Entrepreneur Sheila Johnson Scores Big On and Off the Course 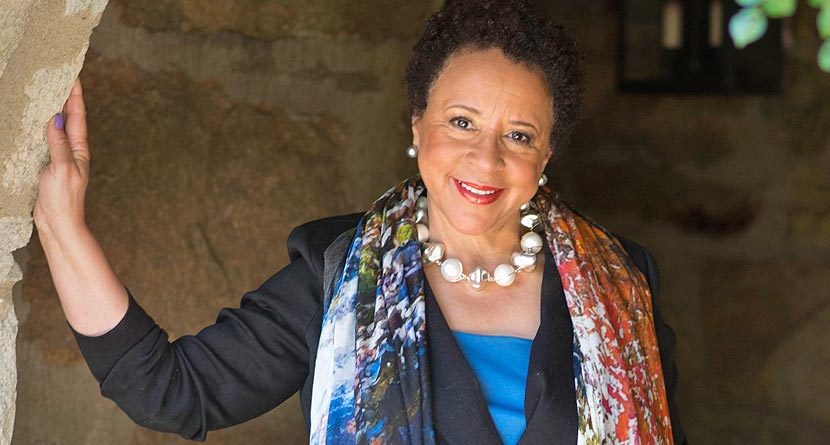 There are several ways one can define the entrepreneur and humanitarian that is Sheila Johnson.

A native of McKeesport, Penn., Johnson describes herself as humbled, passionate and comfortable with the success she has experienced over the years. She and her ex-husband Robert Johnson helped launch the first African-American television network in BET in 1980 and many years later became a co-owner of three professional sports teams in the nation’s capital – the WNBA’s Washington Mystics, the NBA’s Washington Wizards and the NHL’s Washington Capitals.

In 2005, Johnson founded Salamander Hospitality, a privately-owned and operated hotel management entity based in Middleburg, Va. before becoming the first African-American owner of a major golf resort in the country two years later by acquiring Innisbrook’s Copperhead Course. For over 20 years, the Palm Harbor, Florida course has served as the site of the tour’s Valspar Championship Presented by BB&T, which tees off Thursday and continues through Sunday. Kevin Streelman is the defending champion of the event that features over 150 participants, with proceeds from ticket sales benefiting charities around the Tampa Bay area. Friends and colleagues of Johnson said she’s been a major influence in both the sports and entertainment industry as a result of her tireless efforts. One of Johnson’s biggest moves was bringing on Rodney Green as director of golf operations at Innisbrook when she purchased the facility. At the time Green was hired, he was and remains to this day, the only African-American to lead a major resort and just one of 85 minority PGA of America members.

Green credits Johnson for giving him the opportunity to flourish in a sport that’s become more diverse over the years. “If there wasn’t a Sheila Johnson, there is no Rodney Green,” said Green. “To have this opportunity was a blessing mixed with patience and perseverance. She has a great heart, spirit and karma. Getting this break was just icing on the cake.”

In an interview with ESPN last February, Johnson said she has sought Innisbrook as a way of advancing women in the game through hosting events such as the Futures Tour and the LPGA Legends. She also spoke about bringing a more laid-back approach to the game through implementing a nine-hole rate to speed up play and lower greens fees.

“The game needs to look at how to make it more fun for the recreational golfer,” Johnson said. “I think until we start making these changes, I wouldn’t mind Innisbrook being the resort to try these new innovative methods and I can report back to the USGA.”

Johnson fulfilled one of her biggest personal goals by opening the Salamander Resorts and Spa in Middleburg last August amidst great fanfare. Johnson said the project, which took seven years to complete, was one she was determined to take on despite the racism and animosity she encountered along the way.

Speaking on diversity, Johnson added that it makes good business sense – both for the game of golf and as a resort owner. “At the Grand resorts, we have made it a lot more inclusive for all groups — male, female, youth-oriented, woman and racial minorities,” Johnson said. “We are open for business for everyone.”

As for her golf game, Johnson added that she spends time playing at Innisbrook prior to the Valspar Championship, calling her skills a work in progress. “I have been on the golf course with a couple of women, and they have commented on my game,” Johnson said. “They say I hit the ball straight. It’s beginner’s luck.”

Johnson’s work spans beyond the sports and entertainment industry. A keen supporter of the arts and education, she also sits on several local and national boards, including President Barack Obama’s President’s Committee on the Arts and the Humanities, The Jackie Robinson Foundation, the Tiger Woods Foundation, Howard University and is also a member of the Council on Foreign Relations.