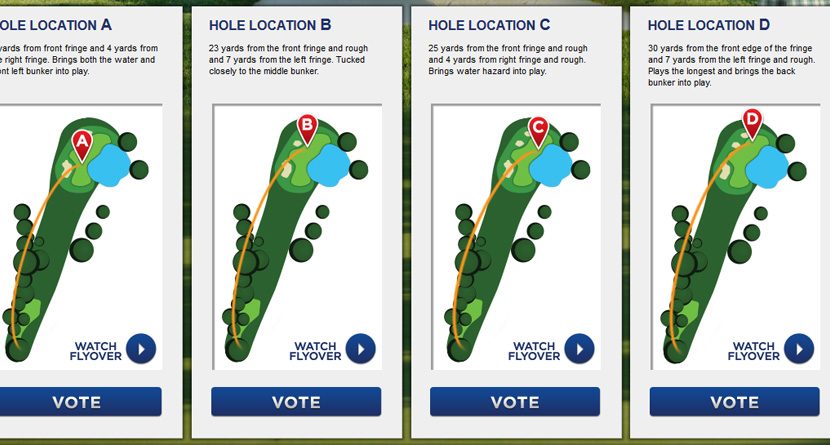 With what may be one of the most ingenious uses of social media in the golf arena, fans have the opportunity to choose the pin placement on a hole at next month’s PGA Championship.

According to USA Today, starting today fans will be able to vote for what will become the final round flagstick target on Oak Hill Country Club’s 181-yard, par-3 No. 15 hole. The PGA of America – the governing body that runs the final major every year – was even able to get course designer, Jack Nicklaus to agree to the promotion. “The chance for golf fans to interact with the PGA Championship and play a role in shaping the outcome of the final round fascinates me,” Nicklaus said.

Four potential hole placements have been chosen for the green for which fans will now be able to cast their vote on the PGA website. Fans can even view hole flyovers for each potential pin location to help with making their vote.

The tournament is scheduled to take place between August 8 – 11, with the contest running until August 10.

Other Hot Links:
– Phil Mickelson Adds 5th Major
– Back9 in 90: Phil’s Phenomenon
– Much Has Changed Since Tiger Woods Last Won A Major