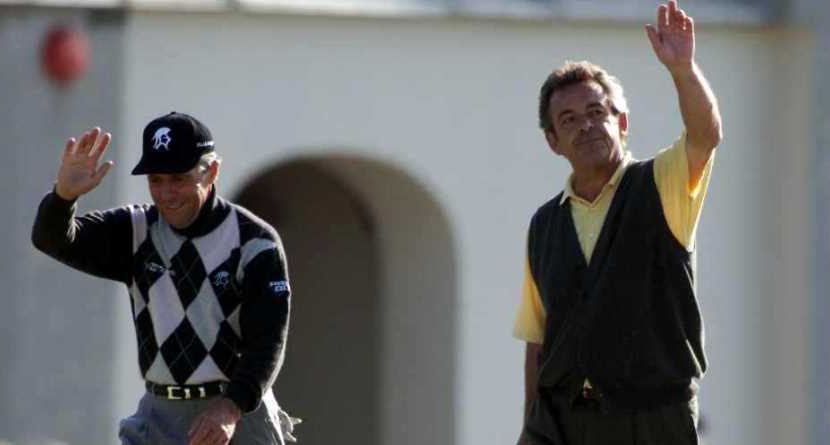 Gary Player has competed on hundreds of courses across the world, from South Africa to North America and many stops in between. One that brings up some of the fondest memories is the links course at Muirfield, home of the 2013 Open Championship.

It was there in 1959 that the 23-year-old South African carded a 68 in the final round to collect his first Claret Jug. Player opened the tournament with a 75, but steadily moved up the leader board after posting a second-round 71 and third-round 70. He ultimately triumphed by two strokes, recording a 68 that is still the lowest final-round score ever by an Open champion at Muirfield.

The victory marked Player as the youngest British Open champion since 1868, and the youngest ever since the event expanded to 72 holes in 1892. That distinction lasted 20 years, until a 22 year-old Seve Ballesteros won in 1979.

And the triumph sent Player on a remarkable career path, which included eight more major titles, including two more Open Championships (1968 and ’74).

Though Player never won again at Muirfield, he stayed in contention when the Open Championship returned to the links in 1966 and ’72. Player tied for fourth in ’66, four shots behind winner Jack Nicklaus. Six years later, Player placed sixth overall, seven shots behind the champion, Lee Trevino.

Much closer to emerging victorious in ’72 was Tony Jacklin, Back9Network’s Global Brand Ambassador. He owned a share of the lead after two rounds, and was just one shot behind going into the final 18. But a one-over-par 72 left him in third place, two shots behind Trevino and one behind Nicklaus.

When the Open Championship returned to Muirfield eight years later, Jacklin couldn’t break into the 60s and finished tied for 32nd at 6-over. Tom Watson won the jug by shooting 13-under.

In the years that followed, though, Jacklin strived to revitalize golf in Britain, and he’s now widely credited for doing as such.

Other Hot Links:
– History of Golfers in the Buff
– Sharknado Totally Already Happened on a Golf Course
– Pros Try the Happy Gilmore Shot