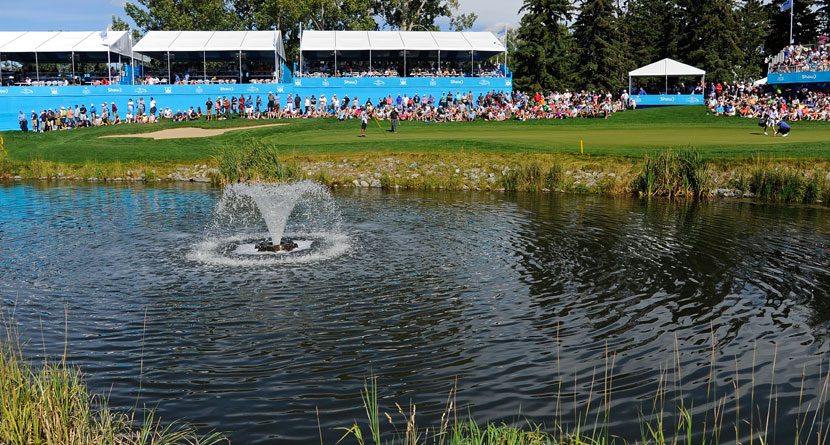 Being a head golf professional usually involves running the golf shop, giving lessons, and maybe playing a little golf. It usually does not involve saving a man’s life. Unless you’re Josh Gardner, the pro at Canyon Meadows Golf and Country Club in Calgary.

Gardner was giving a lesson on Saturday when he saw a minivan rolling down a hill, going airborne into a water hazard on the course.

“I heard a bang and then I saw it go airborne, through the air, right into the middle of the pond,” Gardner told the Calgary Sun.

Gardner told the students to call 911, then proceeded to take matters into his own hands. With the driver showing no signs of escaping on his own, Gardner dove into the estimated 39-foot deep pond to help him.

“He wasn’t responding so I just made the choice to go into the water,” Gardner said. “(The minivan) started to go down, I could see the water level rising in it. I swam in through the driver’s side window and got his seat belt off.”

Gardner reportedly swam about 65 feet to the sinking van, and was able to pull the man out and swim him to dry land. He was also humble as can be.

“I didn’t think twice, I just knew he was going down and someone had to get in the water and help him,” he said. “It’s a great feeling (to have helped save him), but I just did what anybody would do.”

It’s safe to say that was probably the most eventful day of work for Gardner, who helped turn an extremely bad situation into a good one.