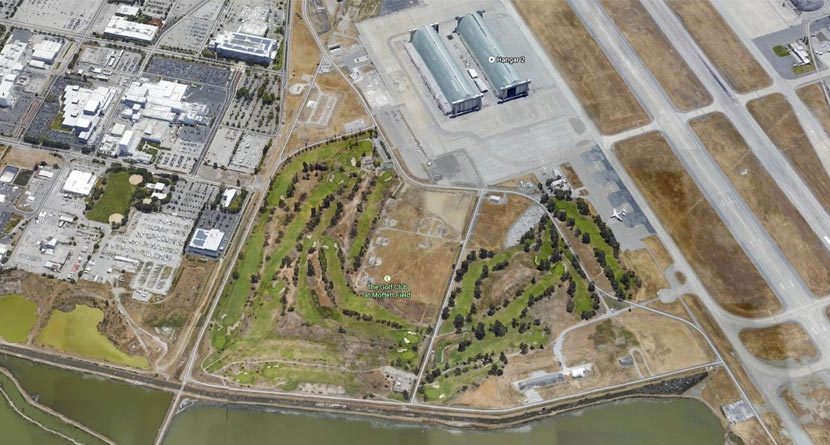 Google can pretty much buy whatever it wants, and that’s exactly what the search mogul is doing. From smaller start-ups such as Waze to well established companies like Nest, it seems like everyone and everything is being purchased by Google.

Heck, even airfields and golf courses are being scooped up.

According to Business Insider, Google has signed a deal with NASA to lease Moffett Federal Airfield in California for 60 years. The airfield even comes with its own golf course, The Golf Club at Moffett Field.

Based on reviews on Yelp.com, the course doesn’t seem all that bad. It’s received three-and-a-half stars out of five, with quite a few five-star reviews from users. It’s pretty cheap to play, too. One comment said the twilight rate is just $10, which is essentially stealing a round of golf.

The airfield comes with three huge hangars that can be used to house Zeppelin airships. For a frame of reference on just how massive they are, the Hindenburg was a Zeppelin airship — so yes, those hangers are enormous.

NASA’s press release states that Google will use the airfield for “research, development, assembly, and testing in the areas of space exploration.” That can only mean one thing, right? Google spaceships.