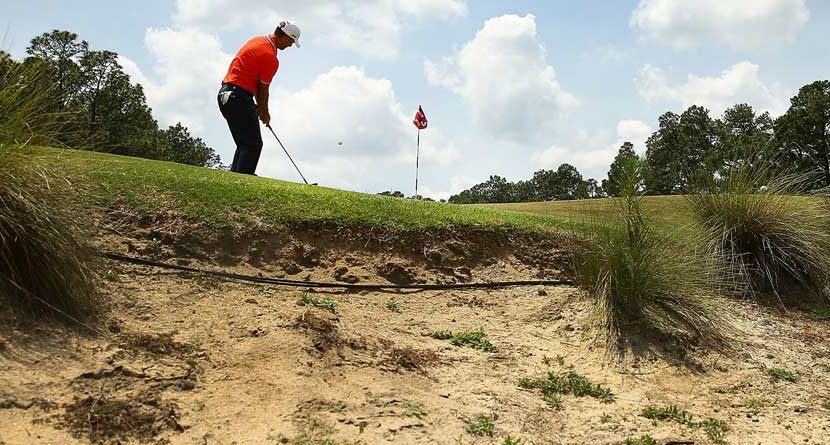 When Ben Crenshaw and Bill Coore renovated Pinehurst, all the rough was removed, creating a course that consists of fairway, and everything else. During his practice round Tuesday, Graeme McDowell discovered an interesting piece of foliage that falls under the category of “everything else.”

McDowell tweeted a video breakdown of his lie on the 12th hole, explaining exactly what he found near his ball. Warning: the following video may be shocking to golf purists. McDowell did a great job of improving his lie without moving his ball. How he thought to lift up the bush is a mystery, but it was genius.

The only downside: He may have shown his competitors a new secret to conquering Pinehurst.