Grass On Rio Olympic Golf Course May Get Ripped Up 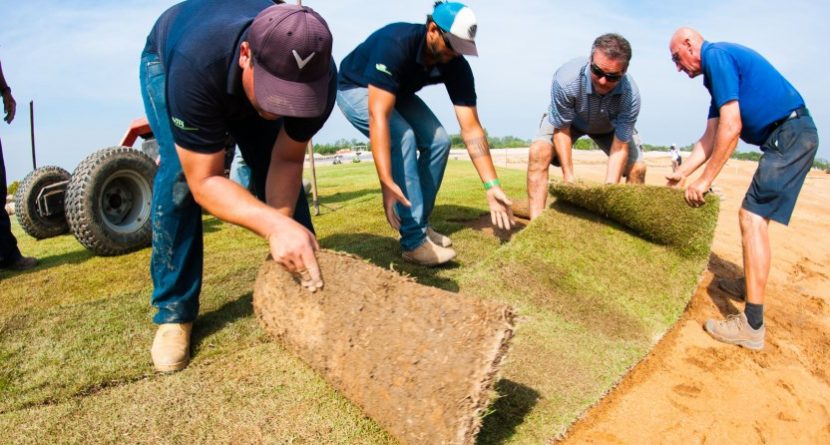 That grass that designer Gil Hanse worked so hard to plant may have to be ripped up. At least that’s a possibility if a lawsuit filed against the developers of the golf course being built for the 2016 Rio Olympics goes through.

According to the Associated Press, a Rio de Janeiro public prosecutor, Marcus Leal, says environmental rules were broken in building the course. So he is taking the city government and the golf course developer, Fiori Emprendimentos, to court. They have 30 days to negotiate an agreement, but if that fails, a judge will submit a ruling.

“The end result could be a large financial loss (for the developer),” Leal told the AP on Wednesday. “Should our demands be approved, we will obviously require the restoration of the environment. Meaning what? More investments for the developer in removing the non-native vegetation — the grass. If he already invested a fortune in putting down the grass, he’s going to have to pay another to remove it.”

Ouch. The course (and many other venues in Rio) has been beset by delays for months, but Hanse – who was Golf Magazine‘s Architect of the Year in 2009 and recently revamped Doral’s Blue Monster – was cautiously optimistic at the beginning of the year. A view of the Rio Olympic golf course in November 2013. (Getty Images)

And in May, Hanse told the AP that he expected the course to be completely grassed by November and tournament ready a few months before the games commence on Aug. 5, 2016. He thought there would be enough time to stage a test event, though it wouldn’t take place a year in advance of the Olympics like officials prefer.

All that is now hinging on this lawsuit. Leal wants parts of the golf course moved so that a wildlife corridor 400 yards wide could connect the two sides of the nature reserve. Fiori contends that that isn’t possible, but has offered to move three of the holes and replace some native vegetation.

In that case, golf’s return to the Olympics will likely be staged at the Itanhanga Golf Club, which has hosted European and LPGA Tour events. Many people in Rio thought this course would land the honor of hosting the Olympics, and that a brand-new course wasn’t necessary in a country where so few people actually play golf.