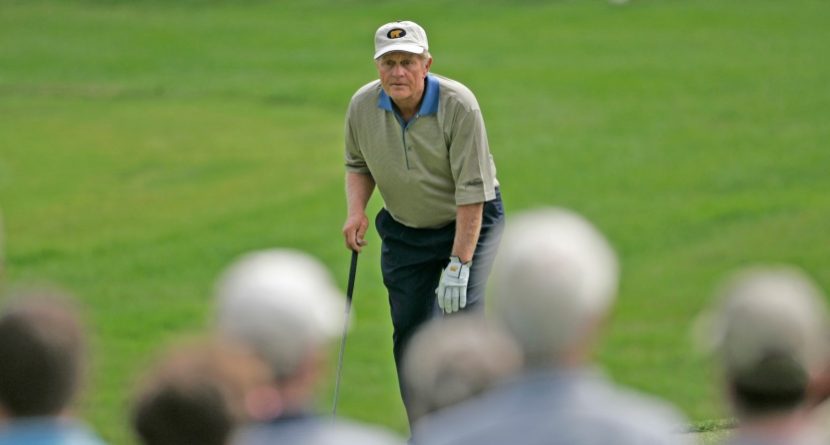 Not long after Jack Nicklaus became a professional golfer in 1962, a dream began to grow, a vision started to develop: One day, he would build his own golf course in his hometown of Columbus, Ohio.

Muirfield Village Golf Club is the dream that became a reality. The name is derived from Muirfield, the course of the Honorable Company of Edinburgh Golfers where Nicklaus won his first Open Championship in 1966.

Nicklaus’ second career as designer can be traced, as we might expect, to his playing days. As he started compiling 18 major championship victories – the greatest record in the history of golf – the exposure to new layouts throughout the world led him to consider how he needed to play them strategically. “After a period of time, I looked at them with an even more critical eye,” he said in his book, Memories and Mementos from Golf’s Golden Bear, “seeing ways in which various layouts might be improved, and mentally redesigning certain holes.” Muirfield Village started to take shape almost a decade prior to its opening in 1974. During a private conversation at the 1966 Masters, Nicklaus asked his longtime friend, Ivor Young, to find the land on which he would eventually design the golf course. The land was acquired later that year, though construction did not begin until July 28, 1972.

The golf course is situated on 220 acres, which include an 11-acre driving range. Dedicated officially on Memorial Day, May 27, 1974, it opened with an exhibition match between Nicklaus and Tom Weiskopf. Nicklaus posted a 6-under-par 66, which stood as the course record until 1979.

Muirfield Village is Nicklaus’ place: He has a home near the ninth tee, his memorabilia is in the clubhouse, and there is even a life-sized bronze statue of him in full follow-through gracing the main driveway. Since it opened, the course of 7,269 yards (par 72) has been consistently ranked among the top 20 in the United States and top 50 worldwide. By 1985, it was No. 6 in Golf Digest‘s ranking of America’s 100 Greatest Golf Courses, and most recently it ranked 14th.

A model of conditioning, its fairways are wide and fast, firm carpets; its greens are as uniform as pool table felt. Sports Illustrated‘s Dan Jenkins wrote in 1977 that spectators “would sooner have dropped cigarette butts on their babies’ tummies,” than on the golf course. It is all part of getting the most out of players’ ability. Nobody questioned that Nicklaus sometimes designed to the strengths of his own game, by putting in too many left-to-right holes, but at Muirfield Village, only more one hole moves right than moves left. There are no blind shots and only a few where a player can’t see the bottom of the pin with his approach. “The course has almost perfect ‘site lines,’ a course architecture term for the way the design of a hole lines a golfer up and allows him to see the shot,” wrote Jaime Diaz in his book, Hallowed Ground. “It has plenty of tough holes – five of its par 4s are more than 440 yards long – but none have ever been attacked as unfair.”

The Memorial Tournament began in 1976. Each year it celebrates a champion from the past who has made a significant contribution to the game. The inaugural honoree was Bob Jones. Other events held at Muirfield Village include the 1986 U.S. Junior Amateur, 1987 Ryder Cup (in which the European Team won for the first time in American soil), the 1992 United States Amateur Championship, the 1995 Wendy’s Three-Tour Challenge, and the 1998 Solheim Cup.

Nicklaus’ first venture into the world of golf course design was in the mid-1960s when Pete Dye asked for input in his work on The Golf Club in suburban Columbus. They later collaborated on a handful of other projects, including Harbour Town Golf Links in Hilton Head Island, S.C. Nicklaus then designed several courses with the input of Desmond Muirhead, including Muirfield Village.

Known as an extreme micro-manager, Jack believes that golf is a game of precision more than strength. “It’s a thinking person’s game,” he said. “There’s no challenge in just whacking the ball. A golf course should be enjoyable and offer variety to every golfer, no matter what his or her level of skill or strength. My primary aim is to test a golfer’s accuracy.”