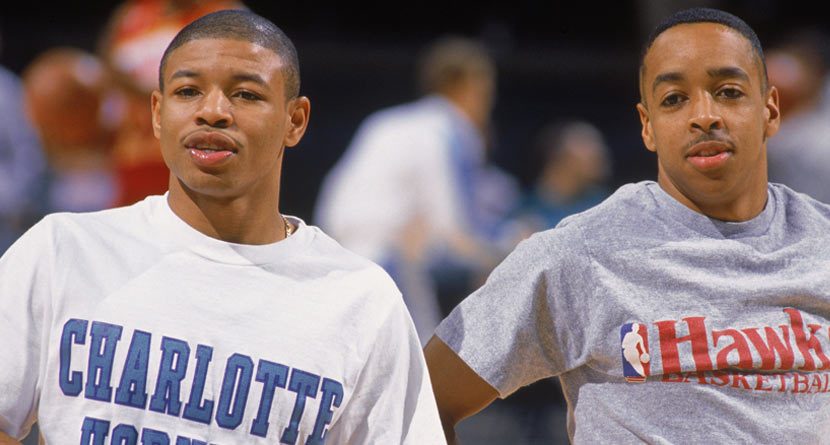 If we’ve learned anything about Merion Golf Club, it’s that a golf course can be as tough as nails despite being short in stature. Just ask Tiger Woods, who is 9-over par after three rounds at the 2013 US Open.

If you’ve watched sports for more than five minutes, you could probably name a number of other things that pack a huge punch despite being small. Here are a few examples off the top of my head.

At a staggering 5 feet, 3 inches, the former Charlotte Hornet of the NBA was originally drafted by the Washington Bullets (remember them?) in 1987. Muggsy’s height was more of a benefit than a detriment since he could literally dribble around – and sometimes underneath – some of the greatest players in NBA history. What’s small about sumo wrestlers, you might ask? While the competitors might be well over 300 pounds, the average match lasts less than 3 seconds. That’s a lot of fat friction and skin slapping in a short amount of time. Sounds like a typical Friday night for me.

Gabby Douglas won the all-around gold medal in the 2012 Summer Olympics in women’s gymnastics at the towering height of 4 feet, 11 inches. In case you didn’t know, that’s actually pretty damn tall for a gymnast. She very well may be the shortest athlete to ever grace the cover of a Wheaties box. Ok, it might not technically be sports-related, but the Lockheed SR-71 recon aircraft is one of the fastest vehicles on the planet. While the typical commercial flight between London and New York is over 6 hours, this pocket rocket can make the same trip in under two hours. At just over 107 feet in length, the SR-71 is also one of the shorter jets in any fleet.