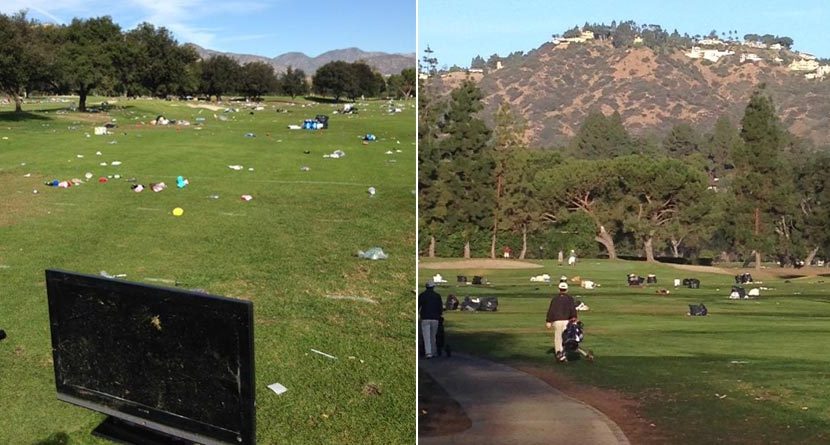 A golf course is one of the most well-maintained and sacred places on earth. Clean, quiet, and peaceful are the words that come to mind when thinking about the links.

That’s the case for most courses, but it wasn’t for Brookside Golf Club in Pasadena, Calif., this weekend.

Following the big UCLA-USC rivalry game on Saturday, fans left the course trashed. It serves as a parking area for the Rose Bowl, which explains why it happened. Fans can get quite out of control during tailgates.

Garbage left on the course included a smashed TV, garbage bags, beer bottles, and much more.

The photos are unlike anything you’ve ever seen on a golf course:

Hole #1 hope my ball doesn’t roll. Need to fly by all the trash on the golf course. Amazing how much trash ppl leave pic.twitter.com/XD2yJw4Dnm

Free TV on hole #7 and beer. Come and join us for around of golf at Brookside pic.twitter.com/8qF5w4yGoj

I’m not sure who has to clean that mess up, but the fans who did it should be held accountable. There should never be this many hazards on a course — the game’s hard enough as it is.