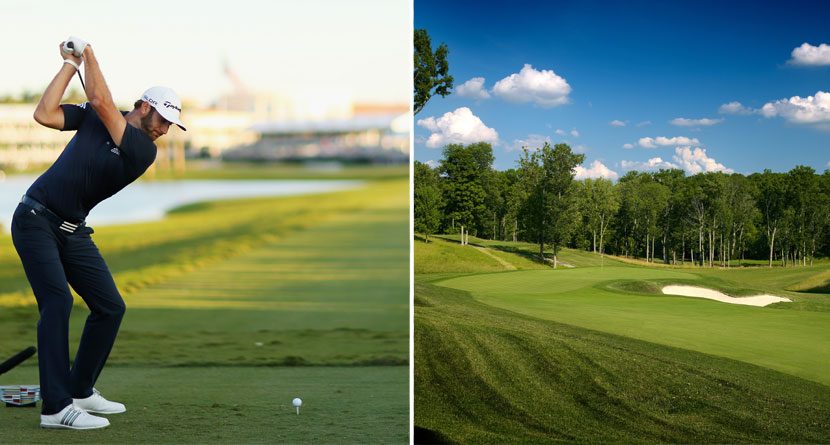 The PGA Championship Long Drive Competition is making its return at Valhalla this year after a 30-year absence from the tournament. However it’s not exactly what you think it is, and that’s not necessarily a good thing.

When you think of a long-drive competition, you think of golfers teeing it up and launching golf balls from an elevated tee box down a runway or fairway. That’s not the case for the PGA Championship Long Drive Competition. It’ll feature a sightly different format, with less fireworks and excitement.

Related Link: Shot of the Year Too? Rory McIlroy Bombs It 436 Yards

This year’s competition will take place on the 10th hole during a practice round on Tuesday, Aug. 5. Each player will get the chance to hit one tee shot on the 590-yard par 5, and the longest drive (that hits the fairway) at the end of the day will be the winner.

The players with the three longest drives will receive money clips inspired by the one Jack Nicklaus won in 1963, when he hit a 341-yard bomb to win the competition. I know, I know … the money clip may not sound like much of a prize, but it appears to be good enough for Nicklaus. He’s used it for the past 51 years.

@jacknicklaus winning drive in 1963 of 341 yds. 17 inches made him proud to keep his gold money clip all these years. pic.twitter.com/BFX3r4mQ39

In addition to the money clip, the top three will receive charitable donations of $25,000, $15,000, and $10,000, respectively. The donations are to be divided between a charity of the players’ choice and the American Lake Veterans Golf Course, a Nicklaus-designed course for wounded and disabled veterans.

With the logistics of the competition out of the way, it’s time to look at who’s going to take home the title as long-drive champion.

It’s easy to look at the longest drives on the PGA Tour and judge by that … but that’d be wrong. Webb Simpson has the longest drive on tour thus far, leading the way with a 397-yard drive at the Hyundai Tournament of Champions. He’s currently No. 110 in average driving distance on tour.

Oh, and six of the seven longest drives on tour in 2014 came during that same round.

I rest my case.

As for the longest average driving distance … that’s a different story. Bubba Watson tops the list at 313.6 yards per drive, with Dustin Johnson a close second at 311.3 yards per drive. But you already knew those two would lead the way.

Here’s how the rest of the top five looks (courtesy of PGA Tour):

Neither Holmes nor Loupe are currently in the field at the PGA Championship, so that helps the other golfers out.

My choice for the winner would have to be McIlroy, purely based on the fact that he’s been driving the ball accurately of late, and he can stripe it 436 yards. Yes, that’s four hundred. Not three hundred.

Being a slight dogleg left, Watson is also a top candidate with his natural fade.

Lastly, Graham DeLaet could be a dark horse candidate, as he currently ranks 11th in driving distance.

In the end, accuracy is extremely important in this format, as it’s do-or-die with only one attempt. Who knows, we could see a guy like Rickie Fowler knock one down the middle and win it.