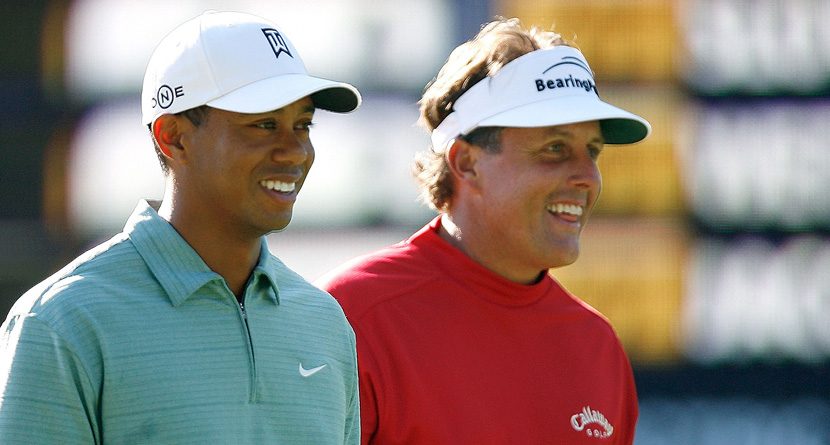 Just two events remain on the 2013 PGA Tour schedule – the BMW Championship this week at Conway Farms near Chicago, and the Tour Championship at East Lake Golf Club in Atlanta. But the 2013-14 season will get underway next month.

The Tour is moving to a wraparound schedule, meaning a season officially starts in the latter part of one calendar year and carries into the next, similar to the NBA and NHL. Thus, the Frys.com Open in San Martin, Calif., from Oct. 10-13 will open the next season, and the 2014 Tour Championship from Sept. 11-14 will close it out.

Majors season begins April 7-13 with the Masters, and is followed by the U.S. Open from June 9-15 at Pinehurst, the Open Championship from July 14-20 at Royal Liverpool, and the PGA Championship from Aug. 4-10 at Valhalla. The FedExCup playoffs begin Aug. 18-24 with The Barclays at Ridgewood, then move to TPC Boston for the Deutsche Bank Championship Aug. 25-Sept. 1, Cherry Hills for the BMW Championship Sept. 1-7, and conclude at the Tour Championship in Atlanta.

The unofficial fifth major, the Players Championship, tees off May 5-11 at its usual TPC Sawgrass Stadium course. And the Waste Management Phoenix Open – typically the best-attended event on the schedule – will be Jan. 27-Feb. 2 at TPC Scottsdale, over Super Bowl weekend as usual.

Other notable events include the World Golf Championships. The first tournament in that series is the HSBC Champions Oct. 28-Nov. 3 at Sheshan International in Shanghai, China. Then comes the Accenture Match Play Championships Feb. 17-23 at the Ritz-Carlton Golf Club in Marana, Ariz., the Cadillac Championship March 3-9 at the Doral Golf Resort in Doral, Fla., and the Bridgestone Invitational July 28-Aug. 3 at Firestone in Akron, Ohio.