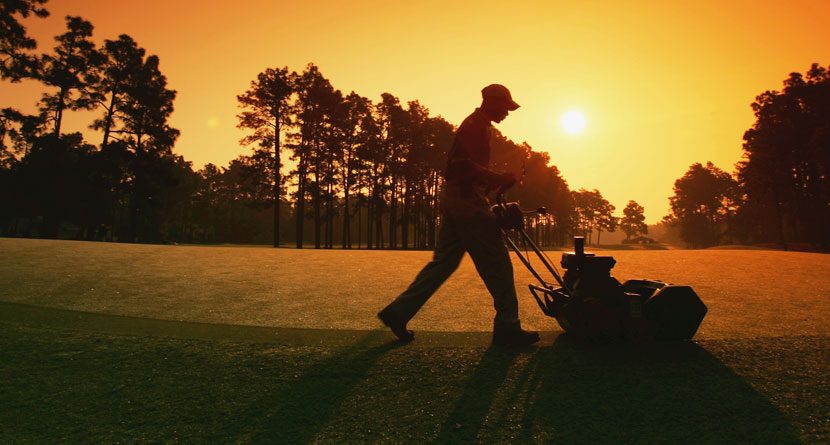 Typically when U.S. Open week rolls around, the best golfers in the world prepare themselves for a rough week. However, this week at Pinehurst, there will be no rough.

Ben Crenshaw and Bill Coore’s renovation of the Donald Ross’ famed links has received a lot of attention since the USGA announced the No. 2 course would host back-to-back men’s and women’s U.S. Open Championships, in June 2009. The pair has restored the course to its origins, removing any and all rough, adding large areas of native and wild grass, and getting the fairways and greens running hard and fast.

So how will these renovations impact this year’s events?

It would appear, as a nice change of pace at a U.S. Open, the emphasis will likely be less on hitting fairways and more on hitting, and stopping on, the infamous Pinehurst greens. The up-turned saucer-like greens Ross designed have caused headaches for golfers for more than 100 years. In fact, both previous U.S. Open champions at Pinehurst, Michael Campbell and Payne Stewart, managed to locate just 41 of them during their victories.

To put that in perspective, only two of the 194 players currently on the PGA Tour average less than 57% of greens in regulation. I won’t name and shame them, but you can easily look them up.

The winner that year, Payne Stewart, the only player to shoot an under-par total in a U.S. Open at Pinehurst No. 2, found just seven of the 18 greens in his final round, scrambling and fist-pumping his way to a level-par 70 and a one-shot victory.

Despite their struggles, both Stewart and Campbell finished inside the top 20 in greens in regulation, proving how difficult, and important, it is to hit and hold the slick, contoured surfaces on No. 2.

One trait that perhaps isn’t as important in U.S. Opens, or Pinehurst specifically, is length off the tee.

While this year’s layout will be the third longest U.S. Open course in history at 7,562 yards, and longest in terms of par at 108 yards per stroke-to-par, the fairways are generous and firm. In fact, Crenshaw and Coore have increased the width of fairways by up to 50% in places.

Back in 1999 when Payne Stewart won round No. 2, he finished the year ranked 153rd on tour in driving distance, the lowest ranking of his career. Similarly, Campbell finished the 2005 season ranked 87th out of the 180 golfers competing on the European Tour. Both also ranked worse than 70th on their respective tours in terms of driving accuracy.

So how did they win the U.S. Open?

In Stewart’s case, it came down to scrambling, putting and mental strength. Stewart had six top 10s in U.S. Opens when he arrived at Pinehurst, including a victory in 1991. He had finished second the year before, losing narrowly to Lee Janzen, and felt this could be one of his last opportunities to take home a major. The putts Stewart made on the final three holes displayed the type of skill, experience and nerve required to win on Pinehurst’s demanding greens.

Campbell, on the other hand, came to Pinehurst ranked 80th in the world, having missed four straight U.S. Open cuts. He, too, had a career week around the greens.

Playing a practice round with Vijah Singh on Tuesday, Campbell received a bunker tip from the Fijian and used it to great effect later in the week. Campbell found seven greenside bunkers during the 2005 U.S. Open, got up and down six times, and holed one.

Campbell also improved his putting average from 30 putts per round, to fewer than 28 during the U.S. Open week. A dramatic improvement when you consider the undulation, size and speed of the greens on No. 2.

So clearly the greens at Pinehurst tend to inspire a high-stakes putting competition. But when it comes to the importance of a good short game at Pinehurst No. 2, don’t take my word for it. I asked Bob Farren, Director of Grounds and Golf Course Maintenance at Pinehurst, who he thought would win this year’s event. The first words out of his mouth: “Someone with a great short game.”

Having led the field in greens in regulation in 2005, Tiger Woods said, after finishing second: “If I had putted normally, I would be looking a lot better right now.”

So who does all this favor in preparation for this year’s event? Someone who can hit greens and be good on and around them, right?

Well, there are currently only four players on the PGA Tour that rank inside the top 50 in greens in regulation, scrambling and strokes gained putting. They are Adam Scott, Matt Kuchar, Sergio Garcia and Zach Johnson.

It’s worth noting that Sergio is the only man in the field this year to finish in the top 10 of the 2005 U.S. Open at Pinehurst. He also has more U.S. Open top 10s (four) than the other three have combined (one).

Could it finally the Spaniard’s time?