Put A Ring On It: Tour Pro Proposes At Pebble Beach 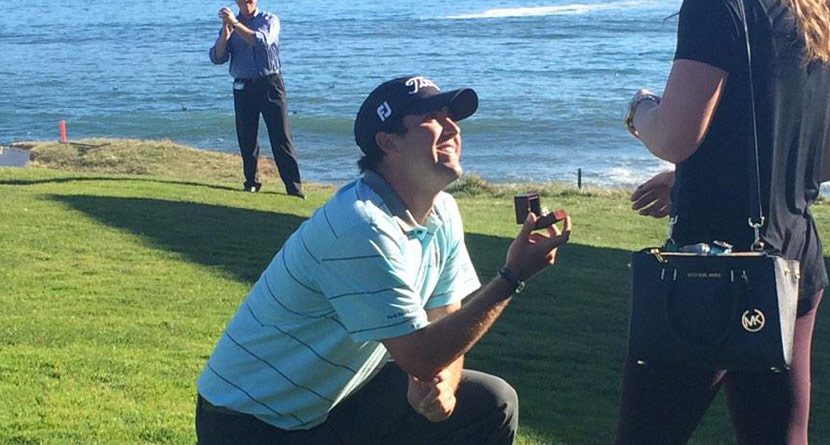 PGA Tour rookie Mark Hubbard will remember the first round of this year’s AT&T Pebble Beach National Pro-Am for the rest of his life.

Not so much for his opening round of even par 72, but for what he did — and what his girlfriend said — behind the 18th green after the round.

More From Pebble: Where To Eat, Drink, Stay & Play | Celebrities Show Off Swings At AT&T

With the help of the PGA Tour, Hubbard got on one knee and proposed to his girlfriend, Meghan. If you haven’t guessed by now, she said yes.

Not a bad move at all. You can certainly do worse than the 18th hole at Pebble Beach as far as scenic places to propose. Hubbard is currently enjoying his rookie campaign, having made seven cuts so far. Surely, no matter what happens the rest of the week in Pebble, it’ll go down as one of the best of his life.