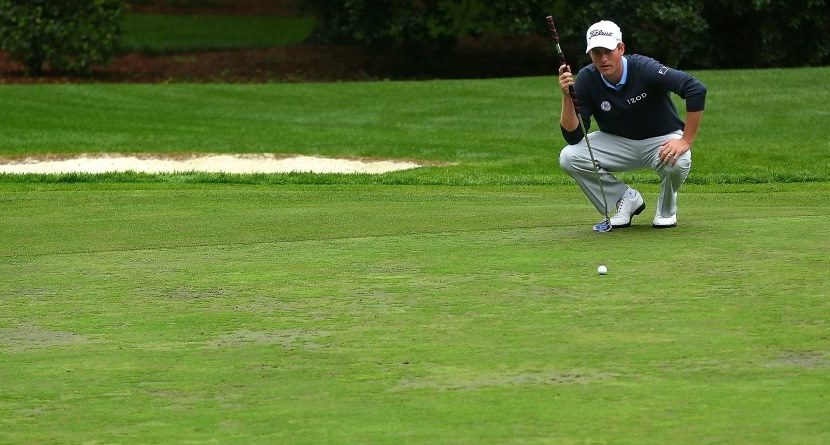 Don’t tell Rory McIlroy the greens at Quail Hollow aren’t up to par. He fired a 5-under 67 Thursday in the first round of the Wells Fargo Championship.

Phil Mickelson and Boo Weekley don’t want to hear any of that shoddy greens nonsense, either. They posted 68’s, one shot behind the leaders.

Sure, many of the putting surfaces – Nos. 8 and 10, specifically – aren’t in their normally-pristine shape. But every player has to play the same holes.

“The greens are fine,” Mickelson told reporters. “The thing about this tournament is that 10 years ago when they started here it went from no tournament here in Charlotte to one of the best tournaments we have on Tour, and this tournament is really what propelled other tournaments to step up, to do all the little things well to just make your tournament even better… They should get a pass. They should be cut a little bit of slack because they’ve done so much for us.”

Bad greens? no problem as Mickelson fires a steady 4-under 68 usat.ly/18fzF5c via @usatoday

Said McIlroy: “They’re not the best greens that we’ve ever putted on, but they’re certainly not the worst, either. The ball still rolls pretty well on them. As long as you give yourself chances for birdies, that’s all you can ask.”

Added Weekley: “It was fine. First off, they were pretty smooth. It ain’t 100 percent, but I mean they’re good enough to play golf on.”

Then again, these comments come from guys who are actually at the tournament. Others heard about the condition of the greens, then cited a non-greens-related issue as to why they wouldn’t be playing Quail Hollow.

Regardless, jokesters around the Twitterverse are chiming in:

Everybody’s going nuts over the Quail Hollow greens being burned, brown and baked. Pretty much all of the UAE looks like that.

The #QuailHollow greens look like the carpet in an apt. that’s been rented out to college students. Not a good look.

Other courses links on golf.swingbyswing.com: