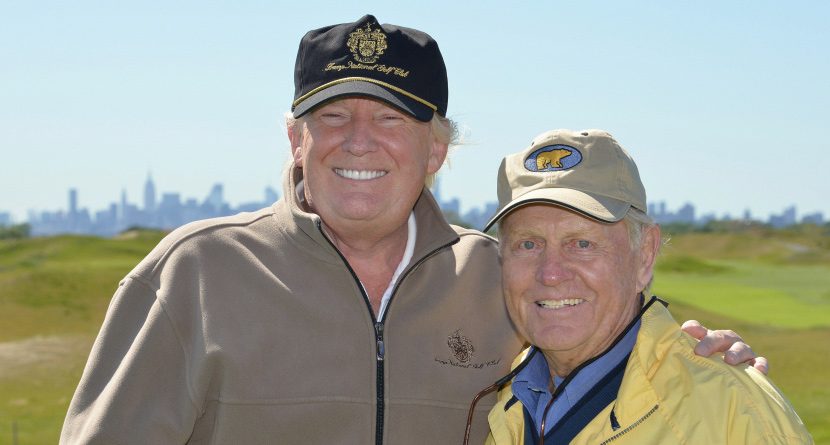 A ribbon-cutting ceremony took place in the Bronx on Wednesday for Donald Trump’s newest golf course, the Trump Links at Ferry Point. Golfing legend Jack Nicklaus is the designer of the course, which is located at the “foot of the Whitestone Bridge” in the New York borough. The new course has not been without its own controversial news over the years. As golf writer Stephanie Wei points out in her article for the Wall Street Journal, Trump’s brainchild was slated to open in 2001 before a series of legal battles and economic hold-ups

“We had half a golf course out there before Mr. Trump got involved,” said Nicklaus during an interview with Wei last month. “The problem was finishing it. They kept working at it. We spent this ridiculous amount of money for environmental issues—on a dump!”

When the course finally opens to the public in 2015, golfers will be treated to a top-notch course that will boast some of the best views in all of golf. Depending on which hole they are playing, golfers will be able to use both the Empire State Building and One World Trade Center as target lines during their round.

“I think Ferry Point will be a tremendous golf experience,” Nicklaus said on his website. “I’ve been asked to create something that is world-class, a source of pride for New York City, and if they wanted to hold a national or international event, a course that will be a strong golf course from the back tees. Most important, the course needs to service the needs of those in the Metropolitan New York area who hopefully will play Ferry Point.”