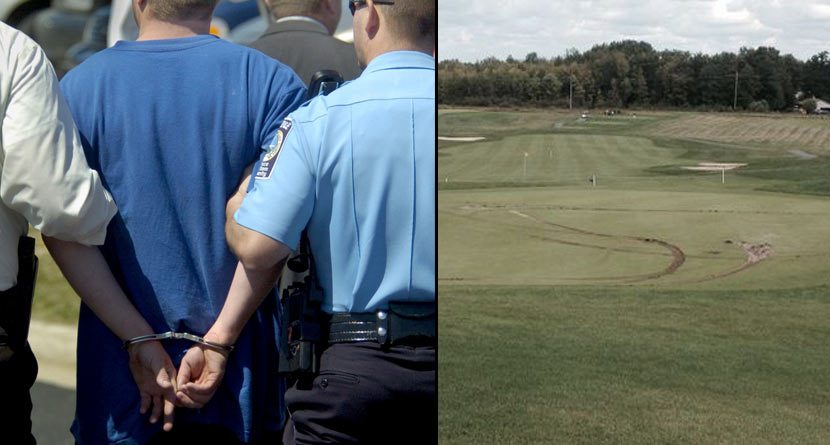 Oh, how painful a breakup can be. Unfortunately, it’s something damn near every single one of us will deal with in our lives.

Everyone has their own way of coping with this pain. Some try to work it out and some drink it away, while others would prefer to seek the comfort of their closest friends or a half-gallon of chocolate ice cream. A select few like to manifest their anger by doing inconceivably stupid things.

One of those people is Austin Christopher. The 23-year-old New York native was so distraught after being dumped that he decided none of those other options would do; he just had to go destroy something. So, Christopher got in his truck and drove to Harvest Hill Golf Club in Orchard Park, N.Y., to do donuts on the ninth green. Still feeling scorned and not content with the thousands of dollars in damage he (allegedly) did at Harvest Hill, he then headed over to Bob-O-Link Golf Course and continued his Dale Earnhardt impression.

Luckily, this idiot drove past a security camera, allowing police to catch up with him soon thereafter. According to reports, Christopher racked up close to $50,000 in damages and is currently being held in the Erie County Jail.

Seriously, dude? A bottle of Jack Daniels only costs about $30 and Plenty of Fish is free. Make better choices.