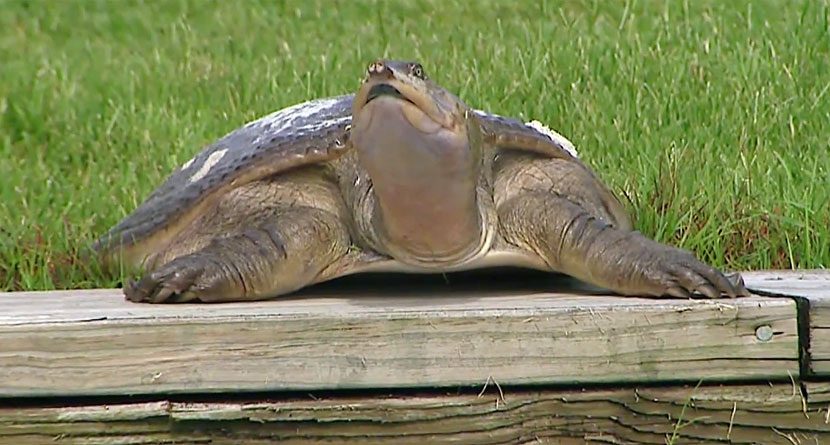 TPC Sawgrass: home of the wild. Well, wild animals, that is. The course has seen its fair share of animal encounters, whether it’s the seagull flying away with a golf ball on 17, or a softshell turtle taking a dip on 16.

During the final round of the Players Championship on Sunday, said turtle made a repeat appearance. Here’s the video from three years ago:

It may or may not be the same one, but a massive turtle took a leap (or fall) of faith into the water on the 16th hole Sunday:

I wouldn’t say the big fella necessarily stuck the landing, but the splash factor was a perfect 10. He also gets credit for his ability to escape, because not all turtles are able to at TPC Sawgrass. This was from last year:

TPC Sawgrass isn’t the only course to host animal encounters, of course. Animals have had a history of attempting to steal players’ golf balls on golf courses everywhere. Just hope that it doesn’t happen to you.