The 9 Best Golf Courses in Ireland 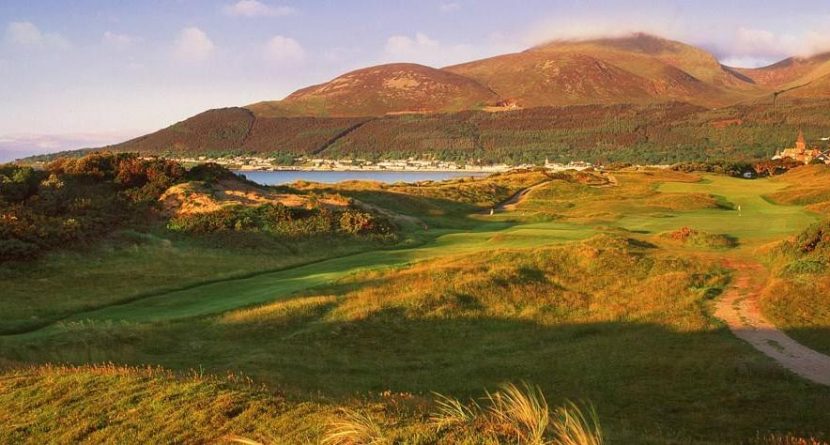 While Scotland will forever be remembered as the Birthplace of Golf, many golf fans believe that some of the world’s greatest courses reside over in Ireland. To that end, you will be hard-pressed to find a more heralded and revered course than Royal County Down.

Located in Newcastle, County Down in Northern Ireland, this private golf club is also known as a socially conscious course, abounding with lawyers, doctors, judges and industrialists from around the country and globe. Royal County Down is one of the most exclusive clubs you’ll ever find, and membership is by invitation only.

Founded in 1889, Royal Country Down is one of the world’s oldest golf courses and has hosted a slew of the game’s greatest players and championships over the years. Names like Old Tom Morris, Harry Vardon, J.H. Taylor, Jack Nicklaus, Gary Player, Arnold Palmer and Tiger Woods heralded Royal County Down as a challenging test to even the most elite players.

Rory McIlroy and Graeme McDowell, two players who have become the pride and joy of Northern Ireland, are said to be frequent visitors to the exclusive club. This is not surprising as Royal County Down remains one of the most historic, scenic and challenging courses you’ll ever find.

Royal Portrush (Dunlace) – Considered the home course of both McIlory and McDowell, Royal Portrush hosted the first professional tournament in Ireland in 1895, later followed by the country’s only Open Championship in 1951.

Ballybunion (Old) – While the name sounds more like a medical affliction, Ballybunion is one of the greatest golf courses in the history of the game. This semi-private gem in County Kerry is routinely voted as one of the world’s best every season.

Portmarnock (Old) – Also semi-private, this historic course located a stone’s throw away from Dublin has hosted its fair share of Irish Open Championships over the years.

Lahnich – The brainchild of Old Tom Morris over a century ago, Lahnich won the heart of Phil Mickelson, who deemed it his favorite links-style course in the world.

Doonbeg – A resort course located in County Clare, this sucker is one of the world’s most challenging tests, even to the point of being criticized for being too difficult.

European Club – It might not be a catchy name for a golf course, but the European Club’s massive bunkers would make St. Andrews blush.

Old Head – This County Cork-based course is built on an island that dates back to Biblical times in local lore. Saying this course is “historic” is an understatement, especially since the newest lighthouse on the property was built in 1853.

Waterville – Once known as the Waterville Athletic Club in the late 1800s, this course was one of the original members of the oldest golf union in Ireland.